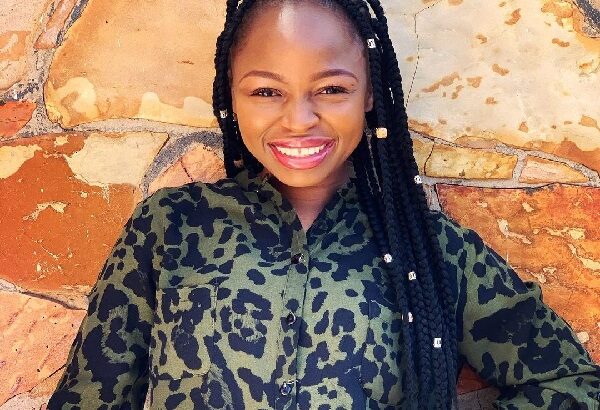 Naledi Chirwa (born 22 July 1993) is a South African feminist, legislator, and former student activist. She an incumbent Member of the National Assembly of SA.

She is also a member of the Economic Freedom Fighters (EFF) and was sworn in as MP in May 2019. She is also among the youngest MPs of the 6th Parliament.

Naledi was also active on the Fee Must Fall, serious protests that took place at the University of Pretoria (UP) for a year (2015-2016).

Her date of birth is on 22 July 1993 and the place of birth is in Vosloorus, East Rand, Transvaal Province. Naledi Nokukhanya Chirwa is 27 years old.

In 2011, she graduated from Mamelodi Secondary School. Naledi furthered her academic pursuit at the University of Pretoria (UP). In the higher institution, she studied for a BA Drama degree.

She was born in Vosloorus, East Rand, Transvaal Province. She grew up under the care of her grandma in Mamelodi, Pretoria. She was the deputy president of the Tshwane North College FET in 2009, she was only fifteen at that time.

She attended the University of Pretoria (UP) and studied for a Drama degree.

As an activist and politician have received several awards and recognitions. Naledi received The Diligence and Academic Excellence from Tshwane District Municipality.

She bagged an award for Community Involvement, Academic Excellence, and Performance. She received the award from the University of Pretoria (UP), a unique way of recognizing her.

In 2015 she became a member of EFF and also a member of the party’s Student Command at the University of Pretoria (UP). Naledi later became the communication officer of the command after she was appointed to occupy the position.

In August 2016, she along with three (3) other student activists disrupted president Jacob Zuma’s speech at the IEC election center. They were holding up signs which read “Khanga“, “Remember Khwezi“, “I am 1 in 3“, and “10 yrs later“. This referred to the president’s rape trial of the mid-2000s.

She was active in the student protest on the #FeesMustFall movement in 2016. Naledi was arrested and suspended on campus which is a part of her conditions for bail.

The following year, in 2017, Naledi became among the “Mail & Guardian Young South Africans”. In 2019, Naledi was elected to the National Assembly.

In June 2019, at the debate of the State of the Nation Address, Chirwa delivered her maiden speech. She was forcefully asked to drop a comment on the govt. being involved in the murders of the #FeesMustFall activists.

Currently, Chirwa is on the Portfolio Committee on Health in parliament.