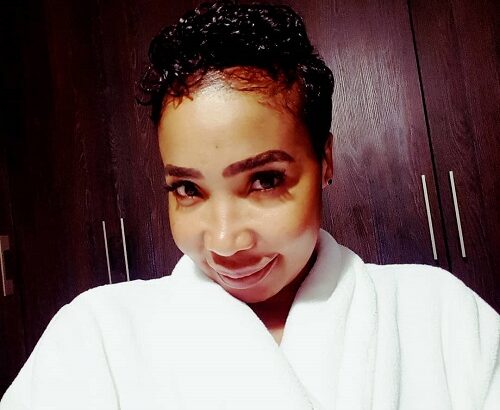 She has been making waves and headlines for a couple of years now. Her hits songs including Mshoza Abantu Bam gained her popularity.

Her date of birth is on the 7th of January 1983 and the place of birth is at Johannesburg Meadowlands Clinic. Mshoza is 37 years old, she celebrates her birthday every year on January 7th.

She was born in Johannesburg Meadowlands Clinic and she lived in Protea North with her grandparents.

She has to move to Green Village, situated on the outskirts of Soweto, to live with her mother and step-father in Green after the demised of her grandmother.

Mshoza has two (2) siblings namely Thandi (29) and Seipati (18), her grandmother is a police officer.

She got married to Jacob Mnisi, a businessman in 2007 and as a couple, they were blessed with two (2) children.

After 4 years of marriage, in 2011, they ended the marriage after reports of both being unfaithful was covered.

Mshoza later met and got married to Thuthukani Mvula in 2017. The marriage did not get a till death do us part ending.

She earlier mentioned that she has been receiving both emotional and physical abuse from her husband.

She also stated that he sent her packing from their home in KwaZulu-Natal’s Bergville region.

Lately, in February, reports covered that she is married again and the ceremony was private.

The occasion was attended by family and friends who were present to witness her get married to Prince Dlamini, a businessman from East Rand.

Her music career dates back to her days at Protea when she was ten (10).

In mid-1999, she went to Jam Alley, where she freestyled as a contestant over Chiskop’s instrumental (Abasazi).

She went from dancing to be signed as an artist at the age of fifteen (15). She also admitted that she received the money in boxes. This was when Mshoza claims to have made her first million.