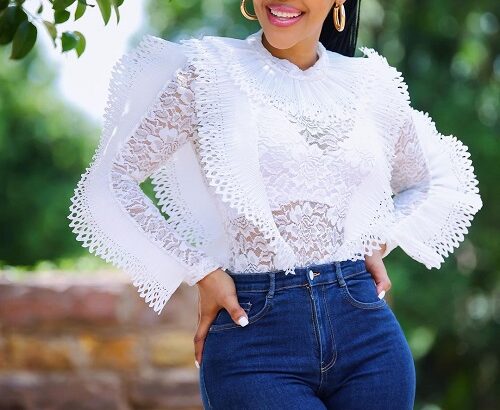 Mpumi Mops (born in 1987; Mpumi Mophatlane) is a South African actress and reality TV star. She is famous and known to many after she appeared on The Real Housewives of Johannesburg.

In 2017, she made her debut appearance in season 2 of the show. The self-proclaimed ‘queen of shade’ has since then become a household name in the country.

Mpumi is known by the lovers of the show as ‘Mrs. Mops’. Real Housewives of Johannesburg centers around women’s personal lives and the stress they encounter every day.

Her year of birth is 1987 and the place of birth is in Tsakane, Johannesburg. Mpumi Mops is 33 years old.

She was born into a family of taxi owners and enjoys shopping, reading, outdoor activities and getting dolled up for special occasions

Isaac is an IT mogul and the founder of Randvest Capital and Business Connexion Group Ltd. He is also the chairman and director of Bothomed (Pty) Ltd.

The couple met during their first year in higher institutions, fell in love and Isaac treated her to a Milan, Italy tour. Shortly after, he married her.

She appeared on the popular reality television series, The Real Housewives of Johannesburg.

The drama she creates in the show has gained her the heart of many lovers of the show.

Her role on Season 2 of the show made other housewives be hostile towards her because of the comments she made on them.

She said things unkind Brinette, when she was in trouble. Other housewives saw it as offensive and had a plot to retaliate.

They taught her lessons in the ‘reunion episodes of the show’ after they went uneasy on her.

Mpumi was accused by Brinette of cheating on her husband. This triggered a lot of drama in the show and reactions from viewers.

Though she came into the show to have a connection with women who are similar to her.