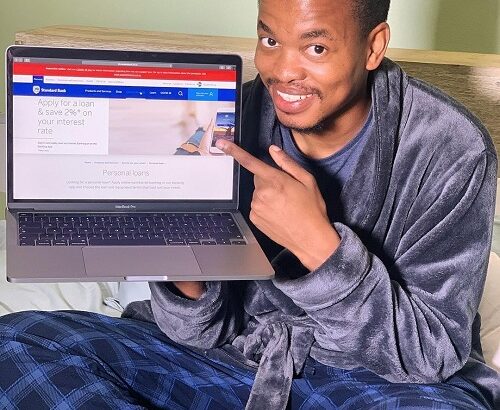 He is popular to many television viewers for competing in season six (6) of Strictly Come Dancing, an SABC3 reality competition, in 2013.

His date of birth is on the 10th of June 1987. The popular comedian, Mpho Popps, is 33 years old. His birthday celebration comes up annually on June 10th.

In a post by OkMzansi, the couple did the flip the switch challenge. The video is funny to watch and according to the site ‘it’s the funniest video you’ll watch all week’.

Mpho Popps is the father of a daughter, who is six (6) years old, explains his style of parenting as liberal.

He further says he supports his daughter in every decision she makes.

Though his daughter is still a young child, the comedian says he is instilling confidence in his little girl.

“When I was growing up I struggled with confidence and it’s something I don’t want her to go through.”

“I’m teaching her to be confidence, to be outspoken and that she is an amazing woman, like her dad,” he teases.

In 2009, he became noticed in the competition So You Think You’re Funny!, an SABC1 reality competition.

He went to the club circuit in Johannesburg, South Africa. There he became popular and made himself a name.

He has shared the stage with some heavyweight in comedy including Trevor Noah and Marc Lottering.

Popps also made an appearance on Opening Guys, a comedy show exclusive to Mzansi Magic.

He also appeared on Laugh Out Loud, Blacks Only, and Late Night with Kgomotso.

Popps also made an appearance in the miniseries Taxi Ride as Kumba. The character is a man of many faces who is a loud person with a mischievous side.

He was the host of Your Perfect Sishebo Show, an SABC1 reality competition cooking series, in 2014.

The following year, he returned to host season two (2) of the show.

He landed his debut starring role on television in the drama series aYeYe, a Mzansi Magic drama, in 2015.

Popps also cast on season one of The Bantu Hour, an SABC2 comedy sketch and variety show.

In the year, 2016, he competed in an episode of Lip Sync Battle Africa, an MTV Africa reality series.

He was also a co-host on So You Think You Can Spin, an e.tv reality competition series.