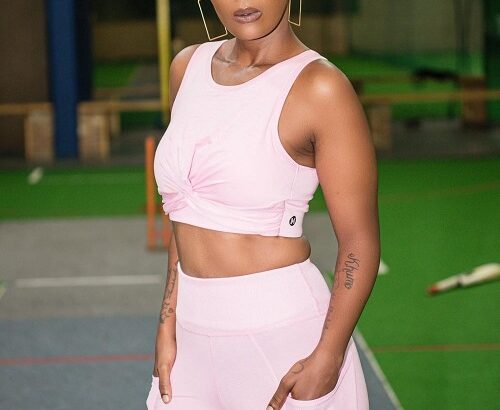 The popular television figure was born on 7 November 1983. Mome Mahlangu is 37 years old, like many other celebrities in the country, she celebrates her birthday every year and the date is November 7th.

Reality TV star Mome Mahlangu is married to Mongezi “Tol A$$ Mo” Ngcobondwane. In 2020 New24 reported that she made it clear that she is standing by her husband Tol Ass Mo.

This followed a sexual assault accusation on her husband by model Lerato Moloi. According to her, that was the third time someone has taken her husband to court in the span of three years.

The stylist who is married to funnyman Tol A$$ Mo is mother to Khumo Mahlangu. The young daughter to the television personality might only be six years old, but she’s already “sassy and smart”.

Together with her husband, Tol A$$ Mo, she starred in two (seasons) of MoLove, her docu-reality series. The season premiered on 17 October 2012 sharing viewers with the relationship between the couple.

The following year, in 2013, she was the commentator on 10 over 10, season 2. On the Vuzu countdown show, a wide range of commentators offers comedic commentary about celebrities. They cover several topics including “scandals”, “sexy sirens”, “dirtiest love rats”, and “raunchiest sports stars”.

Mahlangu has featured as herself in The Real Jozi A-Listers, a comedy reality parody series. The show starred big names in the entertainment industry including Tol A$$ Mo, Trevor Gumbi, Da L.E.S., and Maps Maponyane.

The series which houses thirteen episodes aired on Vuzu Amp in 2014 and the next year, in 2015, it aired on Vuzu.

As a prankster, she appeared on the first two seasons of #YouGotGot, an MTV hidden camera prank show #YouGotGot. She also appeared on MTV Round Table and South Africa Reality TV Stars Round Table.