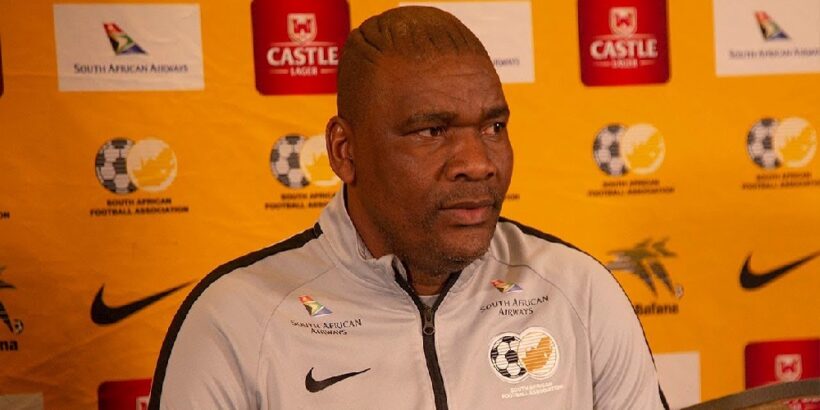 Molefi Ntseki (born 18 August 1969 in Free State) is a South African football coach. He is the current coach managing the SA National team. He took on the baton as the team head coach of the senior national team on a permanent basis in August 2019.

Since the baton was passed to him, he has not disappointed supporters of the Bafana Bafana. He has made a great impact on what the team and generally South African football is today.

His date of birth is on 18 August 1969 and the place of birth is in Free State, South Africa. Molefi Ntseki is 51 years old.

He was trained as a professional educator in Free State, where he was born. As a qualified teacher, Ntseki taught for ten years, started to teach in 1998, and left the profession in 1998.

During his days as a teacher, he began to develop an interest in soccer. Later he was a player in Free State teams including Welkom Stars and Unisaints. His love for Football waxed stronger that he decided to make a career in it in 1998.

Molefi kicked off as a coach in 1998 when he led the Welkom Stars in the Vodacom League. He recorded his first big achievement and huge success after the team was promoted to the National First Division (NFD).

Like bears are attracted to honey, opportunities are attracted to success. This opened more doors even as an upcoming coach, in 2003, he went to the Harmony Sports Academy. In 2007, he left the team after spending four years.

In 2007, Ntseki got the job as head coach at African Warriors. He spent two years on the team and left in 2009. He started to record more and more successes as his career blossomed, in 2010, he became the assistant coach at Bloemfontein Celtic.

Ntseki added to his success after he became the head of their development structures. The coach has also worked with several coaches of the South Africa National Team where he served as an assistant. He worked with Ephraim Mashaba, Owen Da Gama, and Stuart Baxter.

In 2015, they had another great achievement after qualifying the South African Under-17 national to their FIFA World Cup, Chile. They were however knocked out in the group stages of the competition.

In the competition, the team lost to Russia, played a draw with North Korea, and lost to Costa Rica. Ntseki was the assistant coach to Serame Letsoaka with the Under the 20s.

Apart from being a professional football coach, he also is a sports analyst at Lesedi FM. On the SABC Sesotho radio station, Bloemfontein, he tries to engage listeners with his experience. He tries to prepare them for the expected performance of the game being covered.