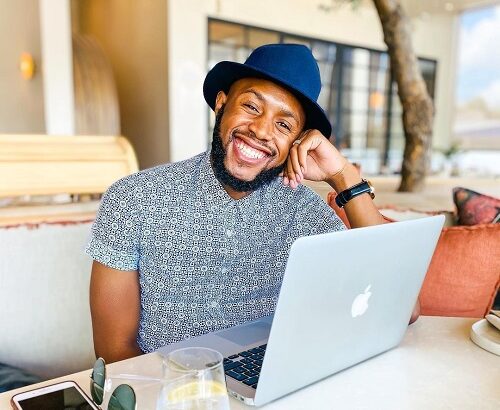 He is popular for portraying the role of Odirile, a confident gay student of economics, in MTV Shuga.

His date of birth is on the 9th of July 1994 and the place of birth is in Kibler Park, Johannesburg, Gauteng.

Mohale Motaung is 26 years old. He hosts a celebration in remembrance of his birthday every year on July 9th.

He was born into the family of Sechaba Motaung, his father, and Lebo Motaung, his mother. Mohale has a sister, Palesa Kwanaite, and also a younger sister by the name Motheo Motaung.

He attended the University of Witwatersrand (Wits University) and graduated with a BCom in Economics.

He is married to Somizi Mhlongo, an Idols South Africa Judge and reality TV star.

The couple has been dating since September 2017. On Heritage Day, in 2019, they celebrated in remembrance of their second anniversary.

The couple got married to each other on Saturday, 28 September 2019 in a traditional wedding held at Motaung’s family home.

The couple had their romantic engagement in Paris in 2019 which earned them the nickname #Somhale on social media.

He founded Glam Troupe, where he is the Chief Executive Officer (C.E.O). Mohale is also the face of CSquared, a clothing brand.

Mohale wants to step out of the shadows of his renowned lover and be a TV star of his own.

He landed his debut role in acting in February 2019, Mohale plays the role of Odirile on the MTV series ‘ Shuga: Down South’.

Mohale is also featured on ‘Living the Dream with Somizi’, a reality TV show.

The stylish actor has captured the heart of South African internet users.

Though he had no experience in acting, he still didn’t seek help from his partner to get the role.