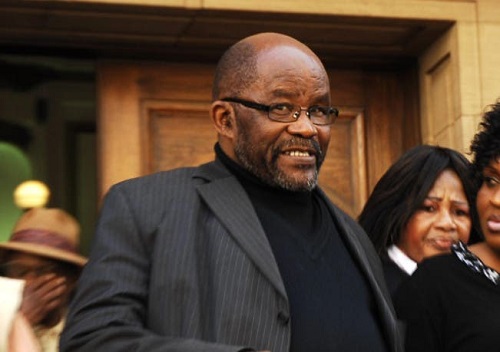 He occupied the position of the deputy minister of defence of South Africa for four (4) years(2004-2008).

He occupied the position of treasurer-general of the South African political party Congress of the People.

The political party was formed in 2008 by Mosiuoa Lekota, former Defence Minister.

He formed the United Congress, a new political party to restore the moral fiber of society which has disintegrated.

In 1972, he became a member of the African National Congress (ANC). His employment as Procurement Officer by Ciskei Government followed, he occupied for six years (1972-1978)

In 1973 he was the Secretary of KADRU and occupied the position of the President of Border Rugby Union.

He sat on the position until his arrest in 1976 and received a sentence of five (5) years in Robben Island in 1978.

In 1986 he was the President of the UDF Border Region. He served as President of Rugby Union with Border South African Rugby Board for five years (1986-1991).

He was the founder and executive member of the National Olympic Committee of South Africa in 1989.

In 1990, Mr. George was also an Executive Member of the SACP Border Region.

For ten years, he served as the President of the National Sports Council and United Border Rugby Union (1991 to 2001).

He was the Vice President of the South African Rugby Football Union (SARFU) for five years (1993-1998).

For five years, he served as an Alternate member of Portfolio Committees on Minerals and Energy, Correctional Services and Intelligence (1994-1999).

For three years, he was a Chairperson of ANC East London/King Williams Town Region (1996-1999).

He was the Chairperson of the Parliamentary Portfolio Committee of Safety and Security(1999-2004).

In 2003, he was appointed to the position of Board member of the South African Rugby Union.

In 2004, he became ANC NEC Member of the International Relations Sub-Committee (IRSC).

Since 2004, he occupied the position of Secretary of Methodist Church of Southern Africa Young Men’s Guild Mt. Coke Circuit.

He was the Chairperson of the ANC Amathole Region, KWT, and has occupied the position since 2005.