Mayorkun is the stage name used in the entertainment industry by Mayowa Adewale (born March 23, 1994).n He is a multi-platinum-selling singer and composer with a number of top singles to his name. The Nigerian singer has a record deal with the Davido Music Worldwide (DMW) label. He gained notoriety after releasing his first single, Eleko, in 2016. 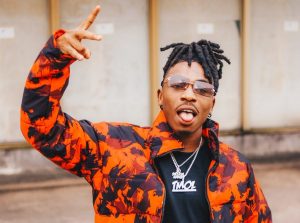 The Adewales gave birth to Mayorkun in 1994. He hails from a family of entertainers. His mother, Toyin Adewale, is a well-known Nollywood performer who has appeared in a number of Yoruba films. While Mr. Adewale, his father, is a film producer and an artist. Mayorkun, the family’s only child, has two siblings (brothers). Ayo Freeman, his younger sibling through blood, is a member of the A&R (Artists and Repertoire) staff.

Despite being an Osun State native, he is a true-blue Lagos boy. He joined the church choir because of his passion for music. He learned to play the piano as he was honing his singing abilities. On the same day he left his banking position, he was signed to the DMW label.

At different prestigious private schools in Lagos, Mayorkun completed his basic and secondary studies. He is a University of Lagos graduate. He graduated from the university with a degree in accounting.

Mayorkun, a very accomplished pianist, performed a cover of a well-known song and uploaded a video of it online. Davido noticed the video after it became popular online. A few weeks later, Davido added Mayorkun to his recently established DMW record label.

Eleko, Mayorkun’s debut song from 2016, rose to fame very quickly after its release. The song was so popular that it received over 1 million YouTube views in just ten days.

In November 2018, he released Mayor Of Lagos, his debut album. He had planned his first national tour, known as the Mayor Of Lagos Concert before the album was released. He visited various Nigerian cities and gave performances at more than 35 universities.

Mayorkun has also appeared in other performances abroad. He shared the stage with Davido at the Wireless Festival.

He released the popular tracks Geng and Of Lagos in 2020. Because they had become street anthems, the song was popular for several months.

Davido and he worked together on the latter’s third studio album. He appeared on the popular song The Best.

He received a nomination for the 14th Headies Awards’ Artiste Of The Year category in December 2020.

He is currently worth $1.5 million.