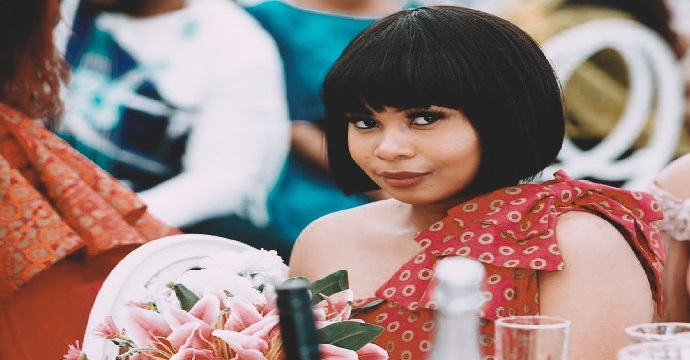 Matshepo Sekgopi (born 18 November 1996) is a South African actress. She walked into the spotlight after playing the role of Dimpho Mokoena in The Rivers, a popular series in the country.

She has gained the heart of television viewers with her unique acting talent. The television personality is also known for her role as Esihle in Z’bondiwe.

The actress who has managed to make a name for herself in the highly competitive industry was born on 18 November 1996. Matshepo Sekgopi is 24 years old. Like other celebrities and personalities, she celebrates her birthday once a year on November 18th.

She got the taste of fame after landing the role of Esihle on the e.tv drama series Z’bondiwe. She has appeared in several other popular series in the country ever since.

In season one of the Docu-drama series Crimes Uncovered, she made a cameo appearance. She landed the role of Bongi in the series Ingoma making an appearance in only the first season.

She cast as Galaza’s Siren on season four of the popular series Isibaya and as Gugu on season 2 of Saints and Sinners. She also played the role of Nellie in the third season of Sokhulu & Partners.

Another notable role she played was Zingi (as Faith Sekgopi) on Soul Buddyz Season 5 and Dimpho on the first, second, and third seasons of The River.

In 2016, Matshepo played a guest role on season two of the Mzansi Magic drama series Saints and Sinners. With her role on the show, she glued lovers and viewers of the show as they sit in anticipation.

The actress who is popular to television viewers in the country as ‘Dimpho Mokoena’ has no child. Though she has an abortion record according to the Press reader, she was pregnant but was not prepared to raise her as a single mother.

Her then boy-friend fueled the burning fire when he was told of the pregnancy in 2019.

Tshepo (TJ Mokhuane) reacted by blaming her for getting pregnant and made it clear to her that he is was not ready to father a child both emotionally and financially. He then quit the relationship by dumping her at the spot.

Matshepo Sekgopi was dating Tshepo (TJ Mokhuane) was perhaps in love with him. Their relationship did not last after she got pregnant, her then-boyfriend told her that he was not ready to father the child. He then broke up with her which resulted in aborting the baby.