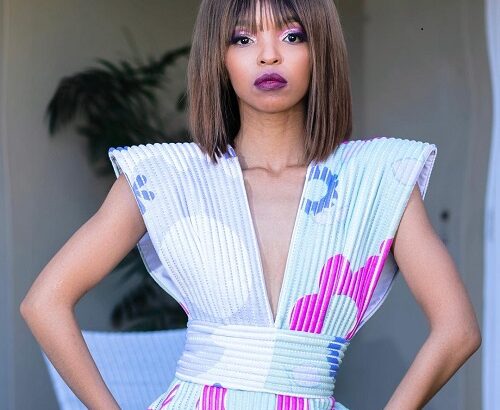 She has appeared in several movies including Rhythm City, a popular South African series and plays the role of Mapula.

Her date of birth is on the 18th of July 1990 and the place of birth is in the North West Province of South Africa.

Mapula Mafole is 30 years old. Her birthday celebration comes up every year on July 18th.

She attended AFDA and obtained and holds a degree in acting from the institution. Mafole had her graduation in 2013.

She has appeared in several shows including Intersections (2012), Rhythm City (2015).

Mafole has also appeared in Generations: The Legacy, Soul City, and Z’ bondiwen.

In Rhythm City, she plays the role of a young orphan girl, a seventeen-year-old. The character’s name is Mapula, who tries to cater to her siblings and herself.

According to Mafole, the role she portrays in the show is similar to that of her real-life experience.

Her parents abandoned them and left for the U.K when they were very young, this resulted in her suffering depression and had to seek professional help.

She was nominated for the Best supporting actress at SAFTAs for Rhythm city.

She was born into the family of Moses and Monica. Her parents are alive and her mother is a certified nurse.

She has two (2) brothers; Thabiso Mafole and Kabelo Mafole, and an older sister; Tebogo Mafole.

She lived in Klerksdorp, with her family until they moved to Tshwane at the time Mafole was ten (10).

Her parents flew to the U.K. for work-related purposes leaving her and her sibling under the care of Tebogo.