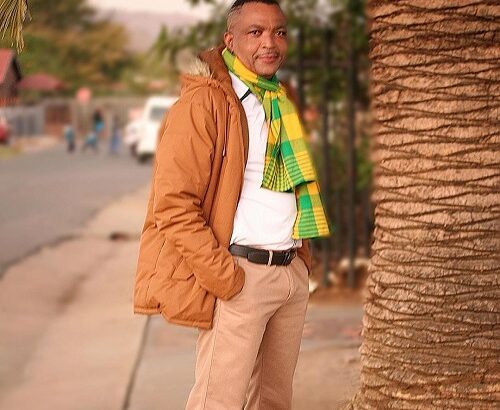 Macks Papo (born 6 December 1965 in Mamelodi) is a South African actor and playwright.

His date of birth is on the 6th of December 1965 and the place of birth is in Mamelodi near Pretoria. Macks Papo is 55 years old. His birthday comes up every year on December 6th.

The Mamelodi-born actor was educated in his place of birth and during his days in school, he showed interest in drama, poetry, and music.

In 1985, he completed his academic pursuit in the institution with a distinction.

In 1988, Macks enrolled with the Wits Drama School to study Dramatic Arts. In 1992 he graduated from the Institution with a BA degree.

He plays a starring role as Ivan Tshinawa, on the e.tv soap opera Rhythm City.

He has been playing the role of a wealthy businessman since 2007.

Macks played a starring role in Kippie, a critically acclaimed jazz musical for a year (1998-1999).

He received a nomination as best actor for the Regional Vita Awards in Bloemfontein.

Mack’s film credits include Taxi to Soweto, Wheels and Deals, Drumbeats, Get that Job, and playing a human lizard in Rooibos tea commercial.

He is also a writer, director in theatre, and does community theatre workshops.

He appeared in several theatres plays including No Good Friday, Survival, Bear in Zermatt, and Switzerland.

In 1992 he featured in the play Kwamanzi at the Balmoral Castle in Scotland for the entire British Royal Family.