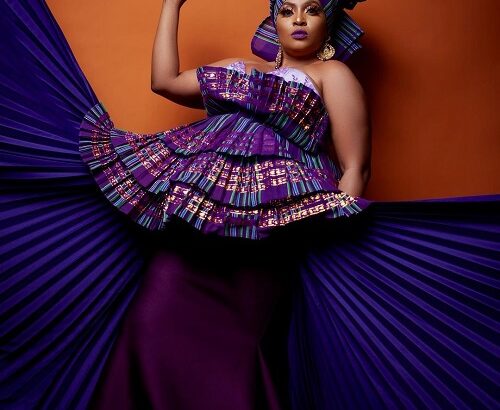 Lethabo Lejoy Mathatho (born in Seshego, Limpopo) is a South African MC, reality TV star, and radio personality. She is also a television and radio producer.

She walked into the spotlight upon making an appearance on the popular reality television series Real Housewives of Johannesburg (RHOJ).

She runs the LeJoy Foundation situated in Seshego in Limpopo. The community-based foundation’s primary objective is to uplift the living standard of the underprivileged members of her society.

As a Radio Personality, Lathabo boasts twelve (12) years of experience in the broadcast media industry.

Her place of birth is in Seshego, Limpopo, a northernmost province named after the ‘Limpopo River’. Lethabo Lejoy Mathatho is 34 years old.

At a very young age, her dad and mum separated, after many she met her father when she was sixteen (16). Elliot Semenya, her dad was a Disk Jockey (DJ).

Her mother, Anna Mogadi Mathatho, raised her and her siblings namely Karabo (brother) and Tokologo (sister). Her mother worked as a teacher.

She grew up with her two (2) siblings under the care of a single mother, still she underwent a tough upbringing.

Lethabo skipped school because she did not have sanitary towels. Still, her performance in school was not affected by the situation.

She furthered her academic pursuit at the Tshwane University of Technology. Lethabo obtained a Diploma in Broadcast Journalism from the institution (2004-2006).

Lethabo is dating Par Thoren, a Swedish engineer. The couple has been in a long term relationship. Fans are looking forward to an engagement.

Her partner lives overseas for years now, this makes it hard for them to be spotted in public. The couple met in 2016 at an ice cream shop in Centurion.

Her career as a radio presenter dates back to 2006 with two (2) popular commercial radio stations – Capricorn and Jacaranda.

A few years later, in 2008, she became a presenter and program producer at Manna TV.

The following year, in 2009, she landed a position as a Program Manager with a Limpopo Community Station.

Lethabo joined SABC in 2011 as a co-host for Ditlalemeso, a Breakfast Show on Thobela FM.

The platform opened doors to both fame and opportunities, she was then receiving recognitions in South Africa.

She has also given motivational speeches for the National Youth Development Agency (NYDA) and several schools in the country.