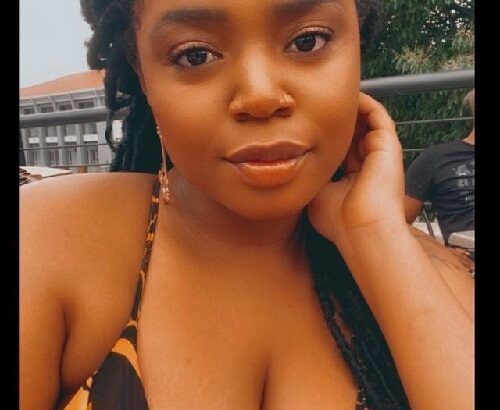 Lesedi Matsunyane (born around 1993-94) is a South African actress and film producer.

She is popular for appearing on the Mzansi favorite series, The Queen, and being the daughter of Connie Ferguson

After her debut appearance on the show, The Queen, she received positive feedback from viewers.

Her date of birth is around 1993-94, Connie Ferguson, her mother had in her past marital relationship with Neo Matsunyane. Lesedi Matsunyane is 27 years old.

She attended AFDA and graduated with a BA in Live Performance from the institution.

She is the daughter of Connie Ferguson and Neo Matsunyane. Connie had her in her previous marriage with the actor which lasted for five (5) years (1993-1998).

Connie’s marriage to Neo did not have a ’till death do us part’ ending after they called the marriage a quit.

Connie then married Shona Ferguson, who treats Lesedi as though she was his biological daughter.

She had a son named Rowena Malema with Austin Malema. Her baby daddy is a famous photographer. They had their son, Rowena, in 2015 during her years in AFDA.

Her parents and her sister, Alicia Ferguson, supported her in raising her son.

In an interview session with True Love magazine, Connie revealed that what she loves most about her life is the fact that she is a grandmother.

In 2011, Lesedi made her first appearance on the Vuselela Series on Soweto TV.

The following year, in 2012, she portrayed the role of young Ruby Dikobe on Generations.

She also landed the role of Davina Moore, a 20-year-old African American, on Rhythm City, who tries to learn all she could of Joburg culture.

She is also an actress on The Queen, a Ferguson Films flagship drama series on Mzansi Magic.

She is passionate and outspoken about having the industry open to young talent as well.

To gain weight is way easier than to reduce it. Despite how stressful it could be, Connie Ferguson has inspired her daughter, Lesedi Matsunyane.

She takes to social media to share her fitness journey and acknowledges that it has not been an easy one.

Her mother made sure she remains consistent with her weight loss routine.