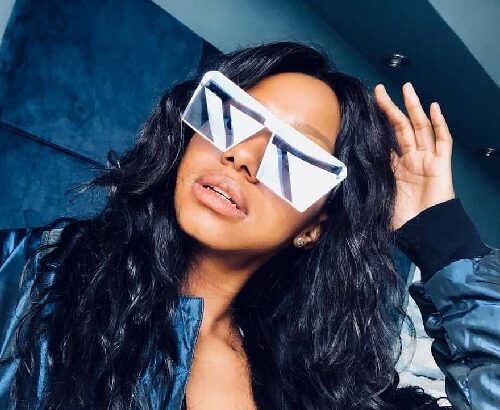 Larona Moagi (born in 1997 in Protea North, South Africa) is an actress. She is popular for portraying the role of Tumi (Itumeleng) on the popular Mzansi telenovela, The River.

The character is a ‘fierce young lady’ who do not fail to correct greedy elders. Though she has managed to become famous with this role, this is the only role she had landed on TV so far.

Her date of birth is 1997 and the place of birth is in Protea North, South Africa. Larona Moagi is 23 years old. Her interest in acting dates back to her days to high school days.

She relocated to the city of Johannesburg, their her passion and dreams became a reality.

She had her high school education in Protea and completed it in 2016.

The following year, in 2017, Larona had to choose either follow her passion and study drama or Law at the University of Witwatersrand (Wits University).

She decides to follow her passion after which she chose Drama, but two (2) weeks later, she took up Law.

To study Law, she would need to input much time, she had to find a way to balance her profession and academic career.

Larona obtained a Law Degree from the University of Witwatersrand (Wits University).

In 2017, as she waited for admission into the Wits University, she attended an audition for a role on The River. She got a callback and was given the role of Itumeleng.

Larona did not have experience or training when she went for the role. She also knew that she played a ‘lead role’ in a drama during her days in high school in 2010.

She appeared amid several other hopefuls but was picked to play the role of the hot-headed young woman. At the moment, this is her only role on television.

Larona Moagi cast in The River, an award-winning Telenovela, as Itumeleng “Tumi” Mokoena.

The character becomes entangled in a conflict with Lindiwe, a mining boss, and main antagonist.

Both of them most times get into arguments and with each threatening the other party.