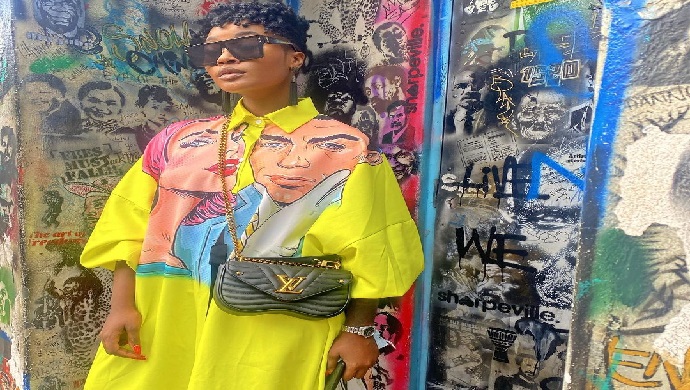 Lamiez Holworthy (born 12 June 1992 in Pretoria, Gauteng Province) is a South African Disc Jockey and TV personality. She is popular for being the host on the music show Live Amp on SABC1.

She was an underground Deejay for years and joined showbiz in 2013. She has managed to make a name for herself in the industry despite the struggles her family faced.

Her mother was encouraging as she made sure that Lamiez was provided with all the important Deejay equipment.

The fast-rising deejay was born on 12 June 1992 and the place of birth is in Pretoria, Gauteng Province. Lamiez Holworthy is 28 years old.

She started her primary school at Andrew Anthony Primary and furthered at Sunnyside Primary. Later, she attended Kwaggasrand Primary and had her grade 8 to 9 at Pro Arte Alphen Park.

She matriculated from Laudium Secondary school in 2009 after which she enrolled at the Boston Media House in 2012 to study media.

Lamiez is married to Khuli Chana, a South African rapper. The couple tied the knot in 2019. In November 2020, they celebrated their first wedding anniversary.

The rapper Khuli Chana and Lamiez celebrated their 1 year anniversary and are growing stronger and stronger. On a post on social media, she thanked Khuli for being her husband as said that it has been a year they got married.

“On this day, a year ago- your uncles brought quite a few cows and the rest is history… Thank you for being my happy Wame, I wouldn’t want to do this life thing with anyone else. I’d choose you over and over again!!! Happy anniversary motho Wame- my ding! I love you like in the song”.

Though the couple kept their marital affair out of the public eye, but this single post on social media is a confirmation they are married.

In 2013, she stepped into showbiz after being an underground deejay for years. That year, she was a guest Disk Jockey at Tshwane FM on DJ Malwela’s show.

She received love from South Africa as she later secured a regular Wednesday shows. She was able to become the host on Living the Dream, a lifestyle show on Tshwane TV.

After which she secured the biggest role on Live Amp on SABC. In an interview session, she revealed that she nearly quit her work before joining Live Amp.