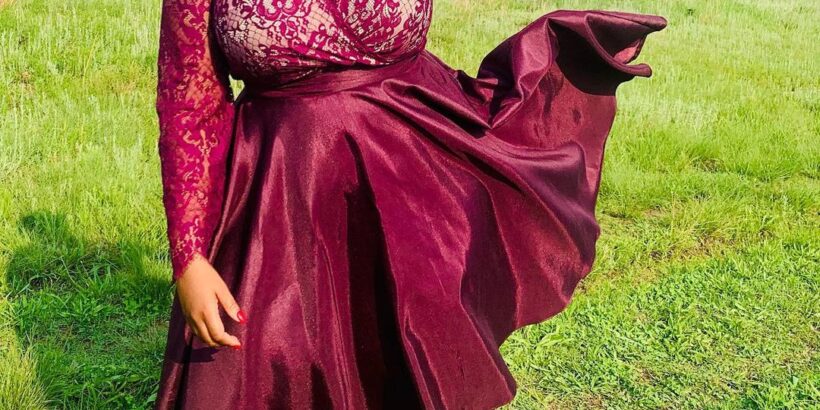 Khanyisa Titus (born on 5 April 1990) is a South African television presenter. She is popular for being the host of Our Perfect Wedding, an Mzansi Magic reality show.

Her date of birth is on the 5th of April 1990, she celebrates her birthday every year on April 5th. Khanyisa Titus is 30 years old.

She was partly raised in The Eastern Cape, she relocated to Pretoria with her family when she was seven (7) years old. She schooled and matriculated in Pretoria.

She was raised under the care of both parents and she is a sister to two (2) siblings, a brother, and a sister.

In 2012, the Our Perfect Wedding presenter completed her undergraduate academic pursuit.

She studied at Rhodes University and obtained a Bachelor of Social Science Degree in Journalism and Media Studies, Anthropology and Sociology.

Khanyisa is also a Master of Fine Arts degree holder, majoring in Story Adaptation and Screenplay (Screenwriting) from AFDA.

She was one of the hopefuls on the OPW Presenter Search auditions in 2017.

She came with her cousin but left without auditioning after waiting in a crowded warehouse.

Kayise Ngqula, won the talent search and debuted on the show, Our Perfect Wedding, as the new presenter on the 21st of January 2018.

To get voiceover work, she joined a talent agency. In 2019, her name was put forward by her agent in an audition, Khanyisa then got a job as a presenter on Our Perfect Wedding.

The show is one of the most-watched TV shows in the country and neighboring countries.

Her debut as the Presenter on the show triggered made waves on the internet.

The baton to present the show has landed on her palm. She had to admit that she was very nervous in her first episode.

But after receiving positive feedbacks and love, she was overwhelmed.