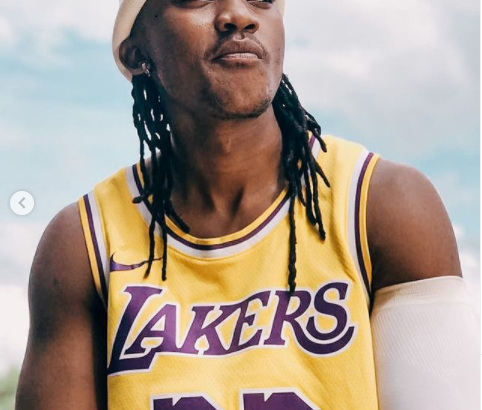 Karabo Maseko (born 27 June 1995) is a South African model, actor, and presenter. He has gained popularity for landing a role (starring) as Neo on Isipho, on the e.tv telenovela.

The actor managed to capture the hearts of television viewers in the country with his debut acting role on TV.

Life hasn’t been “milk and honey” for the young actor from the beginning. He hails from a rural area in Mpumalanga, Karabo grew up in KwaNdebele and moved to Middleburg at the age of nine.

The popular face on TV was born on 27 June 1995 and hails from a rural area in Mpumalanga. Karabo Maseko is 25 years old, he celebrates his birthday every year on June 27.

He was born into a “close-knit family of parents” and has two (2) children Tsholofelo Maseko and Karabo Maseko. Things did not remain the same after his dad asked them to leave which left them homeless.

His mother raised them as a single mother and still sent her children to school. She seems to have great value for education and they appreciate her for the sacrifices she made to make sure they had a career in education.

The actor does not really know his dad’s whereabouts rather is comfortable with his mum. Karabo describes his mother as “a kind woman who taught him values like how to he kind, to love, and to share”.

Karabo Maseko is a graduate of the University of Johannesburg (UJ). The popular personality is obtained a degree in Business Management from a higher institution.

Lately, he cast on the popular South African series Generations: The Legacy. On the SABC1 soapie, he portrays the role of Luyolo. The character is a Rastafarian and a graduate of the medical school who meets Lesedi, a young and beautiful girl, in a Night club.

“Rastafarians are people who are mostly perceived to be smokers or stoners only. People don’t think of them as the people who become doctors, and that is why I love this character so much”. He told TishaLIVE.

Aside from his career as an actor, he a popular presenter on Craz-e, an e.tv’s youth programming block.

He joined the channel in May 2015 and is also a co-presenter on other shows including Sistahood, Shiz Niz, Frenzy, and Craz-e World Live.

On May 15, he made his first appearance on Generations: The Legacy. The actor plays the role of a Rastafarian medical school graduate Luyolo who meets Lesedi in a club. They bonded and he became her first love interest since the father of her son, Jerah.