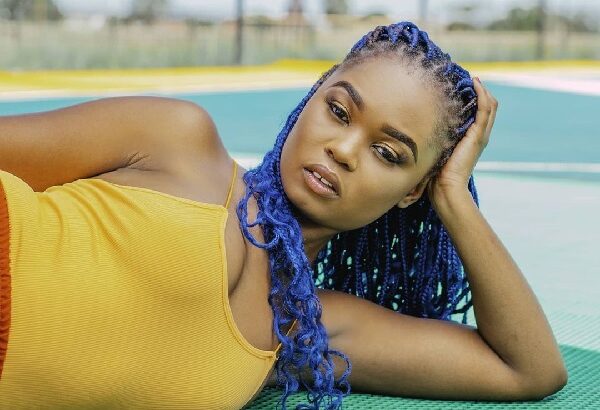 Kamogelo Molatlhoe (born 25 February 1995) is a South African actress. She is popular for playing Keamogetswe, a recurring role in Rhythm City, an e.tv soap opera.

The actress is also a content creator and has gained followers on social media. She shares with fans and followers pictures and videos of her lifestyle, fashion style, profession, and general life experiences.

Her date of birth is on 25 February 1995. Kamogelo Molatlhoe celebrates her birthday annually on February 25th and she is 25 years old.

She attended the University of Witwatersrand (Wits University). Kamogelo graduated from a higher institution in 2017 with a Bachelor of Dramatic Art.

As an actress, she has appeared in several theatre productions like “Poetry Overload vs. Sketching”, which had a run at the Market Theatre in Johannesburg.

In 2015, she made her first appearance on television in a “Living Positive” segment of the SABC1 youth program Bona Retsang.

Later Kamogelo got an acting role in The Stick Up, an Mzansi Magic Movie. The movie was first aired on 18 June 2016 on Mzansi Magic and starred Andile Mbatha.

Later, she was cast in the first season of the SABC1 drama series Ingozi playing the role of Tshepang, an energetic girl who has the will to do anything in life.

She played the role of Keamogetswe on Rhythm City, she made her first appearance as Reneilwe’s younger sister on the e.tv soap opera on 27 February 2019.

The same year, she was cast as Cebile in Lithapo, an SABC2 telenovela. This is her first starring role on TV and the show debuted on 13 January 2020.

Aside from her acting career, she is experienced in sound tech, which she trained at the university. Kamo is a house sound technician at the Grahamstown Arts Festival.

She also wants to be an owner of a production company as she is business-minded, and has experience in her field of work.

“I always prefer to play roles that are different to who I am. My acting debut was when I played the character Gugu on “Bona Retsang”. I have also played Tshepang on season 1 of “Ingozi”. These roles challenged me as a new actor,” she told IOL.

She said she mostly plays characters who are younger than she is however it is not by choice.

The actress is not only loved for her unique acting talent her flawless body adds to the tally. The actress knows she is nature smiled on her body and she never fails to share her curves with followers.

On social media, she shares revealing photos with fans who seem to like every picture and leave positive replies.