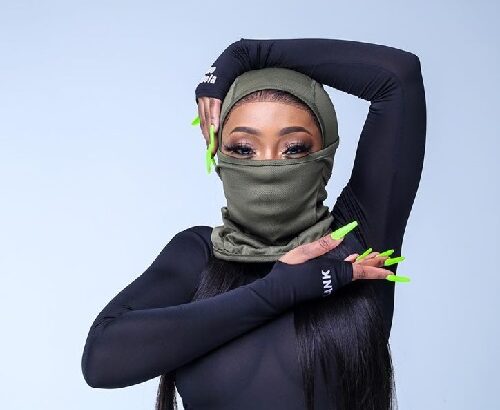 She became an internet sensation following the upload of a video containing her dancing on her social media account.

Kamo is a dancer and featured voice behind ‘Sukendleleni and Labantwana Ama Uber’, Amapiano hit songs. Her unique dance moves have gained her popularity.

Kamo Mphela is 20 years old and her birthday celebration comes up every year on November 29th.

The dancer turn musician love for media is strong. Kamo is doing media studies at the Boston Media House.

As a dancer, she has danced to several music genres in the country including gqom, kwaito, pantsula, and then amapiano.

Her career in dancing dates to her days as a very young child. She followed her dad, who was a staff at YFM, to shows which opened the door to exposure to a live performance.

Eventually, her unique skills in dancing were noticed and since then, she has not looked back.

She has been featured in several piano songs. She has had collaborations with SA’s top female artists including Nadia Nakai and Busiswa.

She has earned the title ‘Queen of Amapiano’ by her fans with her wonderful Amapiano dance steps.

Kamo has also ventured into music and has dropped much-loved songs including Menemene and Suka Emabozeni. She has also dropped EP ‘Twentee’.

Lately, she landed a deal with the Major League DJz, Banele, and Bandile Mbere.

The record label has the interest to develop her music sound and also push her brand in the industry.

She shared a screenshot of her and Focalistic on a video call with collaborators, Major League DJz, on social media.

This raised speculations that they are together and a couple. A mutual friend on social media was first to allude to the romantic connection they share.

Though, Focalistic and Kamo are yet to respond to the rumors.

Her performance at the DSTV Mzansi Viewer’s Choice Awards ( DSTV MVCA) 2020 was disturbed by her pant accident.

During the performance, her pants ripped off when she was about to entertain fans with her amazing performance.

She could only be seen on stage for a few seconds and then she hurriedly went backstage, the accident has at that time occurred.