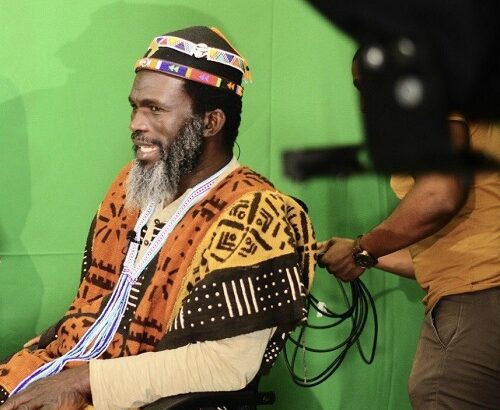 Joshua Maponga (born in Zimbabwe) is a popular motivational speaker, social entrepreneur, and musician. The renowned personality is also a philosopher and leader. He is passionate about community development which has led him to work with several big organizations.

He has worked with Visio Design House and Entrepreneurial Development South Africa. Joshua has also worked with the organization in United Kingdom Global Management Center.

He is also a popular face on television and appears on DSTV channel 331 on a program “Joshua”.

The speaker has managed to make a name for himself in the industry. Joshua is among the most sought after personalities for his knowledge and thought on the principles of life.

The effective communicator holds a degree in Philosophy. He furthered his academic pursuit after enrolling in the Construction Entrepreneurial Training (CET). The ILO platform has held many to develop their talents in consulting.

He boasts of several years of experience in corporate, religious, and social platforms. Many seem to love his exceptional & vibrant way of thinking and rather call him “A Creative Powerhouse“.

Management is another thing the popular figure is good at, at the Institute of Farmers of Thought, Joshua is the C.E.O.

He is also a graduate of Philosophy (BA theology) and Personal Ministries. He obtained the degree from Andrews University, the heart of Michigan, the United States.

He is also qualified from several global institutes and specializes in banking and project management. Joshua also specializes in a non-profit organization, branding, among others.

Joshua has held ministration both here in South Africa and other African countries. He has ministered in Zimbabwe, Lesotho, Nigeria, Kenya, and Botswana.

Maponga has worked with several companies including Absa World Vision, SALGA, SAPO, PRASA, SAPS, and Milpark College. His managerial skills have earned him several top positions and involvements in many corporate engagements.

Joshua Maponga is a minister and qualified at the Seventh Day Adventist Church since 1991. Although rumors have it that he leaves SDA church.

Joshua is a husband and father. He is married and has two (2) girl children. He wrote a book and the birth and growth of his children drove him to be an author of the book Shopping Skills.

On 27 July 2020, Zimbabwean Observer reported that Seven Days Adventist Church has suspended the renowned pastor. Joshua has been advocating the decolonization of the Christian faith.

He says that it depicts a “white Jesus” and “white culture” and that the Christian messiah was not of the “caricature colonial” Christian portrayal of him.

A letter that was signed by Michael Rugube Ngwaru, contained concerns by the Church on the content of the Pastor Maponga gospel and the manner it was communicated.

Since then, Joshua Maponga has been banned so not allowed to attend, speak, preach, and officiate any function of the Church in Southern and Indian-Ocean regions.

A few years ago, in 2018, the minister was dragged to court for making claims on gay people on January that year. He mentioned that “homosexuals are lower than animals”. The statement landed the bishop at the Port Elizabeth Equality Court.

He admitted that he may have gone too far, the bishop sees no reason to be “hanged on the cross”, in his own words, and expected to change the bible or church policies.

Joshua ended up in court after he was dragged by the South African Human Rights Commission following what he said. He made the utterance on 13 January during a service at the Seventh Day Adventist church, KwaMagxaki.

It seemed he was on his own after the church had it distance itself from his comment and said that “he was not a church official”.

A 43-year-old church member, Zolani Simayi, of East London, claimed that the preacher used “derogatory terms about gay people insinuating that “dogs were not as confused as gay people in that when male dogs wanted to mate they looked for female dogs”.