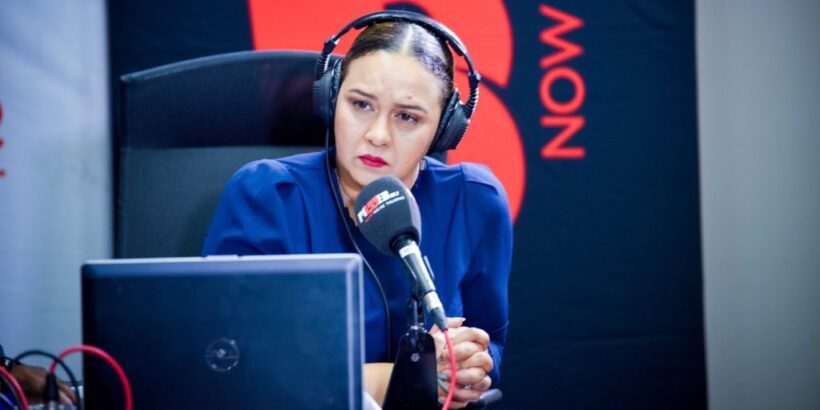 Iman Rappetti (born 4 April 1985 in Durban) is an award-winning South African journalist, senior anchor, MC, and author. The award-winning actress is one of the popular news anchors and has been a familiar face of eNCA.

She worked for the eNCA for over ten years filling the position of a senior anchor. Iman has also had the opportunity to have an interview session with big names in the country. She interviewed Jacob Zuma and Thabo Mbeki, who are former presidents.

To begin with, the name Iman which translates to faith was not her birth name. She was born into a family of a colored mother and an Indian father. She hails from a humble beginning in Phoenix, Durban, South Africa.

Her birth name is Vanessa Lena Rappetti and her childhood was a difficult one. Iman has four older siblings, her parents had five children.

Her date of birth is on 4 April 1985 and the place of birth is in Phoenix, Durban, South Africa. Iman Rappetti is 36 years old. The news anchor boasts of over fifteen years of experience in the media industry.

She had her high school education in Phoenix and attended Lenarea High School. Iman is also a graduate and had her academic pursuit at ML Sultan Technikon.

She began to report in South Africa and later relocated to the Islamic Republic of Iran. She spent two years in Iran and there she worked in a current affairs TV show for the state broadcaster.

She came back to South Africa and landed a job position with the SABC. Iman worked with the public broadcaster for three years. Later, she became an editor at BusinessDay.

The anchor has also worked in several other places including Talk Radio 702, eNews Channel, and News Night. She hosts Powertalk on Power FM.

She is also an author and has beautifully written a memoir “Becoming Iman“. The book was written with an often wry and saddening sense of humor.

She did a good job of describing the early days in Phoenix which were so real that readers might think they’d had personal experience.

The inspirational book also tries to be a source of encouragement to readers to stand up for who they are no matter what.

She is a Muslim and got converted to the religion when traveled to Iran with her husband. She loves to tell stories that unpacks the hardships and triumphs of communities around South Africa.

Iman also enjoys being in a real and frank discussion about where the country is. She also talks about the role the citizens have to play to move forward with wisdom, respect, and recognition.

She is an acclaimed author of memoir Becoming Iman and Sermons of Soul and has had the opportunity to interact with politicians, celebrities, and thought leaders.