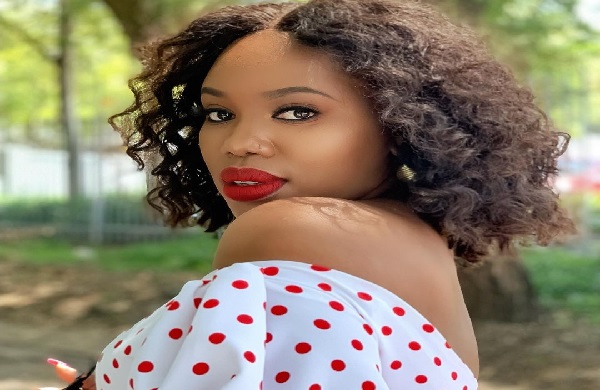 Gugu Gumede (born in 1992 in KwaZulu-Natal) is a South African actress. Many lovers of Mzansi soap operas have fallen in love with her after she played Mamlambo in Uzalo. She portrayed the role of the prophetess so well that people anticipated seeing her in the show.

Her mother is a freedom fighter, and well-known for her involvement in political activities. Most time, Gugu appears on the screen wearing a personality that is quite the opposite of that of her in real-life.

Yes! She is a lover of God and shares the characteristics with her on-screen personality. Another notable similarity is that Gugu can get loud only in the environment and places comfortable to her.

After seeing her face over and over on television, social media, and other news sites, fans have developed an interest in knowing more about her. When, where, and even how Gugu was born is on the mind of many.

In 1992, shouts of joy were heard in her family they welcome their newest member. The sound was heard in her place of birth, KwaZulu-Natal, South Africa. Gugu Gumede is 28 years old.

She was born into the family of Mr. Simon Hulumeni Gumede and Mrs. Zanele kaMagwaza-Msibi. Unfortunately, her father is late, it is worthy of mentioning that her mother is a renowned freedom fighter.

Though she is celebrated today, Gugu grew up under the care of a single-parent home, with her mum. In 2017, she lost her father to a fatal car accident that claimed his life.

During the time, he held notable positions in South African politics. He was a member of the KwaZulu-Natal legislature and also a member of IFP.

Genetics can be so strong, Gugu posses some of her mother’s behaviors. The beautiful and gentle face on television can become stubborn. She is far from accepting nonsense from people like her mother. Yea, blood is thicker than water.

In her words, the actress describes her family as an “overly loving one”. It did not end there though, she added “but also extremely sensitive”.

She then attended the American Academy of Dramatic Arts, Los Angeles, the United States. In the institution, she studied for certification in Acting and Drama.

At first, her mother did not want her daughter to enter the entertainment industry as an actress. Convincing Mrs. Zanele did not come easy, she wanted her daughter to study Law, and perhaps practice the profession. Still, her mother gave her all the support she needed.

After she was done with her studies, she came back to her home country in 2013. Opportunities could wait for the beauty, the first job that came knocking was on Generations. Yes! She landed a role in one of the most popular television series. On the show, she was cast as Mandisa.

More doors opened for the talented actress, she then made it to the cast on another popular series in the country. She then landed a role in Uzalo, a popular telenovela series. She portrayed the role of Mamlambo and fans fell in love with her personality. In no time, she stepped into the limelight.

The character is loved for being a loud-mouthed, opinionated, boyfriend snatcher, gossip, and above all bold. How can a person be a man stealing type and bold at the same time? Mamlambo is the answer to this question.

Aside from her exceptional acting talents and skills, Gugu is a beauty. Social media has made it easy for fans and followers to get picture updates of the celebrity.

She shares pictures of her looks on the photo-sharing platform. Many times, she has dropped picture updates on her natural look with little or no makeup. Her hairstyles are on another level, when not plait, she boasts of her naturally thick hair.