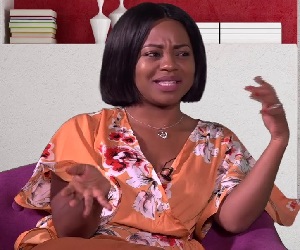 Gabisile Tshabalala (born on 20 June 1990) is a South African actress, presenter, and singer.

She captured the heart of many television viewers after appearing as Pinkie Mojeki in Hola Mpintshi, an SABC2 drama series.

Her date of birth is on the 20th of June 1990 and she was raised by her grandparents in Soshanguve. Gabisile Tshabalala is 30 years old and celebrates her birthday every year on June 20th.

She grew up under the care of her grandparents in Soshanguve in Pretoria in South Africa. During her days in primary school, her mother remarried.

Although the primary school girl was ‘shy type’, her stepdad’s outgoing personality played a notable role in building her confidence.

During her high school days, she was not keen on going to classes, rather Gabisile took part in extramural activities.

She was active in singing, athletics, and cheerleading but little interest in school.

Most of her days, Gabisile had practice with Urram, a singing group or she learns to play the piano.

During her matric, Gabisile quit going to school on a regular basis. She was present in class only during tests, examinations, and to submit an assignment.

Upon successful matriculation, Gabisile enrolled at ATS Helicopters, she had always wanted to be an air hostess.

She then had her performance classes at the State Theatre in Pretoria.

Following her mother’s advice, she pursued to be a pilot instead. For three (3) months, Gabisile juggled with school and Threatre classes and finally, she dropped out to focus on theatre full-time.

After a month, she came across an audition advert for Hola Mpintshi, a SABC youth drama series, and then attended the audition.

Gabisile then landed the role of Pinkie, the main character. She recorded her big breakthrough Intersexions, an SABC 1 TV drama series.

The show was a door opener for her, she appeared in several roles in productions across the SABC.

In 2014, she landed a guest-starring role in ‘Kota Life Crisis’, an Mzansi Magic Sitcom.

She also made the decision to pursue presenting. In 2017, Gabisile became the co-host on Throwback Thursday – #TBT, an SABC1 variety talk show.

The actress and television presenter recently welcomed her second child.

She made the announcement on her pregnancy in February this year with a picture of her bump.

She took to Instagram to pen a heartfelt message, quoting a verse from the Bible to her new baby boy as she introduced him to the world.

“Hear, my son, your father’s instruction, and forsake not your mother’s teaching, for they are a graceful garland for your head and pendants for your neck,”