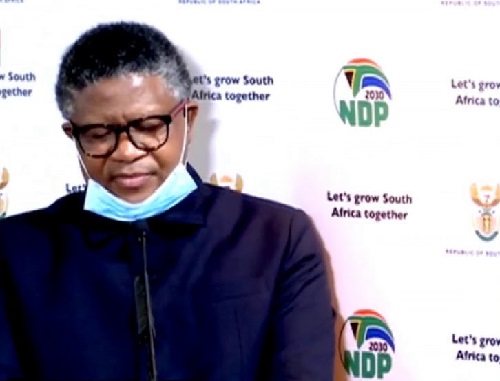 Fikile Mbalula (born 8 April 1971) is a South African politician. He is the incumbent Minister of Transport and has served as both the Minister and Deputy Minister of police.

He was also the Minister of Sports and Recreation and is a member of the NEC of the ANC. Mbalula led the African National Congress Youth League and in May 2019, he became the Minister of Transport.

As a politician, he belongs to the party African National Congress (ANC) National Executive Committee since 2009. On May 6, the same year, 2009, he became a member of Parliament.

His date of birth is on 8 April 1971 and the place of birth is in Botshabelo, Free State. Fikile April Mbalula is age 50 years old.

Mr. Fikile is trained in Leadership skills by the Careers Research and Information Centre. He was also trained as a Councillor by the Organization for Appropriate Social Services in South Africa in psychotherapy.

The current minister of Transport is happily married to Nozuko. He opened up about his relationship with his wife admitting that he was not always the perfect husband.

His wife has royal blood and is a princess, the minister explained the difficulty of marrying a woman with royal blood.

In 1989, Fikile became an Area member of the United Democratic Front. Two years later, in 1990, he climbed to the position of Secretary of the ANC Provisional Youth Committee.

In 1998, he served as a member of the Local Branch Executive Committee of the South African Youth Congress (Sayco).

He occupied the position of Affiliate member of Socialist International and member Organisation of Appropriate Social Services in South Africa.

In 2004, he became the President of the International Union of Socialist Youth. He was also a Co-Ordinator of the SA Medical and Dental Association.

Later in May 2014, he became the Minister of Sport and Recreation of the Republic of South Africa and served under the position until March 2017.