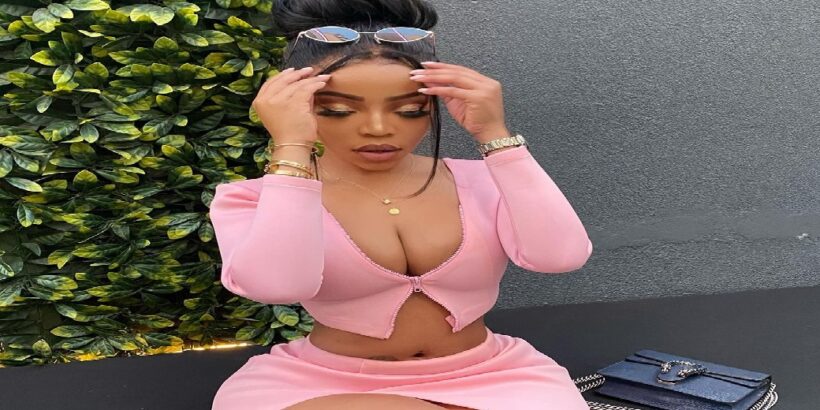 Faith Nketsi (born 30 December 1994 in Johannesburg) is a South African model, socialite, and video vixen. South African dance lovers noticed the “Queen of twerk” after she quit a dance group known for twerking.

After which she decided to venture into something different to earn a living. She landed a job as a host in many nightclubs. Today, her pictures on social media topped to what makes many love her. Yes! She drops hot and curvy pictures of her that most times receive positive feedback.

Her career did not stop at being a model, she is also a dancer. With the help of her “figure eight” body shape, she is the “queen of twerk”. Both male and female followers and fans admire her body even some celebrities.

Her date of birth is on 30 December 1994 and the place of birth is Johannesburg, South Africa. Faith Nketsi is 26 years old. Before testing fame, she was in a dance group Pro-Twerkers.

Though the actress doesn’t say anything about her family, we could conclude she is mummy’s girl. Often on IG, she shares pictures containing her receiving a makeover from her mother.

Faith is a graduate, her beauty coupled with her educational qualification, business sense, and style this lady is an asset. She studied for certification at the University of South Africa (UNISA).

As mentioned earlier Faith is an asset! Still, want proof? A model is still a business-minded person. She runs a company that identifies, scouts, nurtures female young talents via social media empowerment.

Faith is a co-owner of Feline Management. Her dance moves and the way she wiggles her backside whenever she is twerking can never be forgotten.

Who wouldn’t like to have a beautiful personality on a music video? Faith has appeared in many music videos including Tito Mboweni by Cassper Nyovest.

In 2016, Faith’s fans and followers were wowed to see a leaked video of her after it surfaced online. The video contains the hot celebrity with her man having oral pleasure.

The Johannesburg-born social media figure was rumored to be having a romantic relationship with Davido. This followed after a picture of her and the popular Nigerian singer kissing in bed surfaced online.

Another huge one followed, rumors had it that she was the mystery girl who came between rapper Cardi B and her lover Offset. Though reports were not detailed enough to conclude whether she caused the rift of was the rebound.

Faith refused to keep quiet to another rumor and allegations that were circulating – Faith Nketsi pimp business. She cleared the air saying that she was running a legit business.

Unlike many socialites that their career seems to revolve around social media, Faith Nketsi has made it onscreen. Yea, you read right! She landed her reality television show in November 2019, #HaveFaith, playing the starring role.

The show appeared first on MTV Africa in South Africa. With this, she holds the record as the first woman with her reality show on the channel.

On IG the socialite and reality television star is making waves. Yes, she models and also posts hot pictures of herself. She has gained over 1.9 million followers and counting.

Many people admire Faith Nketsi’s body and thereby follow her to get a similar update. The #HaveFaith reality television star shares pictures and video updates on her IG page.