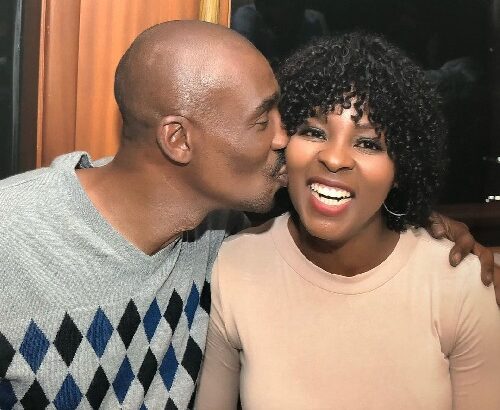 Eucharist Hadebe (born in South Africa) is a businessperson. She is popular for being the wife of the late Dj and TV presenter, Bob Mabena.

She is the founder and director of Hai Cosmetics (Pty)Ltd. At the moment, she occupies the position of HR & Office Manager at MRC Management Services.

Her date of birth is still out of the public eye, but her place of birth is in South Africa. Her birthday is not contained in any online publication at the moment.

She was married to Bob Mabena, they became husband and wife in 2015. The following year, in 2016, the couple had their first child.

Unfortunately, she lost her husband to cardiac arrest and the announcement was made on Monday, 10 August 2020.

The Power FM 98.7 management confirmed her husband’s demise in a statement which reads.

“It is with deep grief and pain that we announce that Power 98.7 breakfast host Mr. Bob Mabena passed away this afternoon from cardiac arrest.

“The family is coming to terms with his passing and respectfully requests the public to afford them the appropriate space.

“Further details will be communicated in due course,” the statement expressed”.

At first, reports covered that Bob had been discharged on August 9th after he was hospitalization due to a lung infection.

According to Daily Sun, the infection saw the doctors supposedly emptying water from his lungs.

The publication also covered that he was returned to the hospital as he struggled for breath.