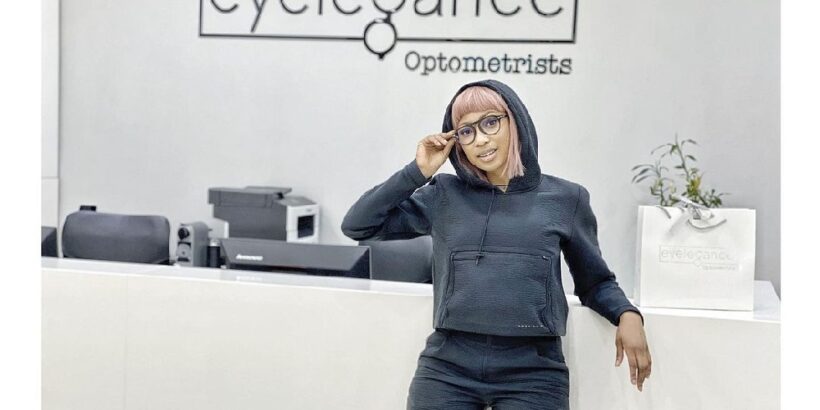 Enhle Mbali (born March 3, 1988) is a popular South African actress and television presenter. She is also a director, Fashion and Designer.

She made headlines for being the wife of Black Coffee, a respected personality in the African music industry. She is also known for landing a role in Mtunzini.com, an SABC1 African murder mystery series.

Enhle landed the role when she was aged seventeen. With the experience and presence she gained from appearing on the show, she proceeded with her career. More opportunities came knocking for the actress on the entertainment scene.

She studied Fashion at the University of Johannesburg (UJ). Enhle then went to pursue an academic career in Filming at Boston.

Afterwhich, the popular actress attended the Lee Strasberg Theatre and Film Institute in the State of New York. In the institution, she studied Performance.

Her date of birth is on 3 March 1988 and the place of birth is Johannesburg, South Africa. Enhle Mbali is 33 years old. At this age, the actress has made a notable impact in the entertainment scene and boasts of over 17 years of experience.

In January 2017, Mbali got married to Black Coffee, a renowned Disk Jockey. They cemented their union in a legal registration in their home area.

In 2011, they climbed a ladder in their relationship after having a traditional wedding ceremony in Soweto.

This followed his marriage proposal a year earlier, they were engaged in 2010. Their union is fruitful and blessed with two children.

The couple’s divorce news made headlines on top news and media platforms last year. Reports getting to The Nation is that their split is on hold and yet to be finalized.

Sunday Sun alleged that the celebrity couple is yet to go their separate ways following the demands of the fashion designer. Enhle allegedly demands that her husband settles her legal fees first.

Reports covered that she needs R4m for her legal fight with Black Coffee. She further wants the Deejay to pay a maintenance fee of R100,000.

The fee which is combined with child support would be paid every month. The publication received reports from an insider who says that the actress demands compensation for her medical expenses.

Mbali got her debut role on Mtunzini.com, a SABC series, which was aired on the channel for three years (2006-2009).

She recorded her breakthrough as an actress after landing a role on Tshisha, a South African TV series. Ever since she has managed to remain relevant in the industry.

More opportunities came knocking and she utilized them no doubt. She has appeared in several other television drama series and soap operas including iNkaba.

In 2009, she became the host of Young, Gifted and Black, A Channel O series. Later, she joined ANN7’s Starbiz as a host. Enhle was a speaker at the Dstv In Good Company Experience in 2018.

In 2018, she played the lead role in the award-winning short movie Lace. In 2019, the Johannesburg-born actress landed a supporting role in the series The Herd.

The actress is active on social media where fans get updates on her life and profession. As a model, she has worked with several big brands including Nivea South Africa.

She shares paid commercials with her followers that earns her cash and boasts over two million followers on Instagram.

Her fashion sense has given her many credits and no doubt has further brought her into the limelight. She made headlines for being a fashionista who was once opportune to dress Beyoncé, an American singer, and songwriter at the Global Citizen Festival.

Even on social media, the actress engages followers with pictures that contain a unique fashion sense of hers. She has recorded a lot of achievements.

If you follow her on social media you’d discover Enhle Mbali has a love for wigs. She doesn’t hesitate to give a positive response when asked about it.

She rocks them in different styles, perhaps her love for wigs made her purchase shares in shares in Labello Beauty online.

As a woman in Africa today, we could agree that Mlotshwa has made a name for herself in the entertainment industry. Even though her love life is going through a storm, she has managed to remain strong.