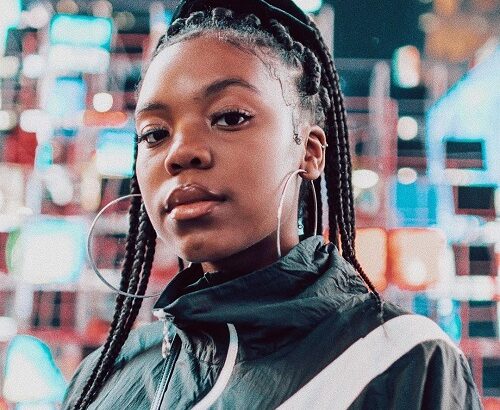 She boasts as the first ‘independent female’ artist to reach No1 both on the national iTunes and Apple Music album charts.

Her date of birth is on the 2 April, 1999 and the place of birth is in Pretoria, South Africa. Elaine Mukheli is 22 years old, she celebrates her birthday every year on April 2nd.

She was born in Pretoria, her singing career dates back to her young days, at the age of six (6). Elaine took part in the school choir and in several talent competitions as she grew up.

Elaine started her career as a songwriter during her high school days when she started writing her music.

Elaine attended the University of Witwatersrand (Wits University), where she studied Law.

In February 2019, Elaine uploaded ‘Slip Away’, her first single, onto SoundCloud.

A few months later, she made an official release of the single in April the same year.

She is also on the list of the first South African artist to be part of Spotify’s Radar artist program.

In September 2019, Elaine dropped her debut EP titled Elements. The EP house seven (7) tracks and was produced by Clxrity alongside Elizee.

The EP made it to streaming charts and helped her hit one million accumulative streams within two (2) weeks of its initial release.

In February 2020, all the Elements house songs made it to the top 10 of the national Apple Music R&B/Soul songs chart.

She dropped the official music video for the song, ‘You are the one’ and it hit an estimated view of one hundred thousand within a day of its initial release.

The EP received a nomination for the Best R&B/Soul Album at the 26th South African Music Awards.

In August 2020, the songbird, Elaine was signed to the record label Columbia Records.