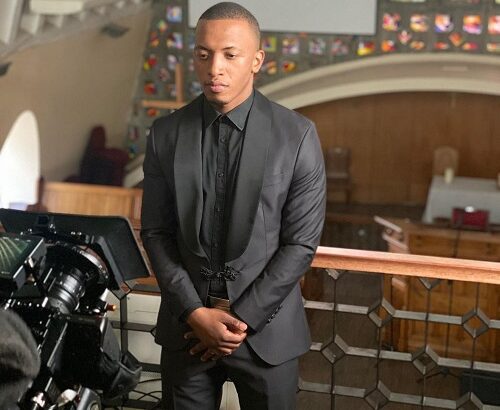 Dumi Mkokstad (born in 1992 in Pietermaritzburg) is a South African gospel singer. The award-winning artist began his singing career at the age of nine (9).

He began to sing at Mount Ailif, his hometown, and today, he has taken home several awards and recognitions.

He also boasts of ‘reaching gold status’ for an album of his at a very tender age.

His date of birth is 1992 and the place of birth is in the city of Pietermaritzburg. Dumi Mkokstad is 28 years old.

He was born into the family of Falithenjwa Nzimande, his father, and Dudu, his mother. His parents have stood by him and are proud of his achievements after he dropped his first album.

Dumi is married to ZiphozeNkosi Nzimande, an educational speaker and founder of Dr. Ziphozenkosi Foundation.

The young and talented singer, Dumi, has gained at least eighteen (18) years of experience in the music industry.

He kicked off his singing career when he was nine and sang with his family in events held in towns at a young age.

In 2003, he dropped his first album ‘Dumi Mkokstad, which gained him popularity and made waves in the South African music industry.

He started to record more success upon joining ‘Big Music’ in 2010. Dumi has collaborated with other popular singers including Jaziel Brothers, Hlengiwe Mhlaba, Bethusile Mcinga, and others.

In 2015, he took home his ‘biggest’ award, which some say is the most important. He received the ‘Crown Gospel Music Award for the best gospel song’.

He also took home the ‘SABC Crown Gospel Award for the 2018 Best Gospel Song of the Year’.