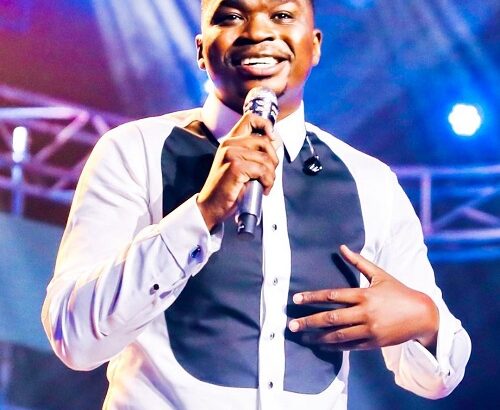 He is popular for his hit albums including ‘The Gathering Of Worshippers’ and ‘Love On The Cross’.

In 2013, the gospel singer appeared on Coca-Cola Popstars, a singing competition. He made it to the top twenty contestants.

His date of birth is on the 10th of July 1981 and the place of birth is in Seshego, Limpopo. Dr Tumi is 39 years old. He celebrates his birthday every year on July 10th.

He attended the Medical University of Southern Africa (Medunsa).

He tried working at the public health sector job market. Dr. Tumi had to quit to start his practice. He runs a private practice in Mabopane, north of Pretoria.

Tumi is married to Kgaogelo, the couple became husband and wife in 2008.

Their union is blessed with three (3) children; Bokamoso, Khumoetlile, and Onalerona.

He was born into the family of David Makweya (father) and Lilly Makweya (mother). His father is a priest and his mother, a teacher.

He dominated the 9th SABC Crown Gospel Music Awards at ICC in Durban. The musician took home over five (5) trophies.

As a singer, he has dropped several songs since he started doing music in 2003.

He has dropped songs that were big hits in the music scene, some include No Other God, Wafika, All of Me, and Because of Jesus.

Tumi is a multi-platinum selling artist and Love and Grace, his album, is certified double platinum.