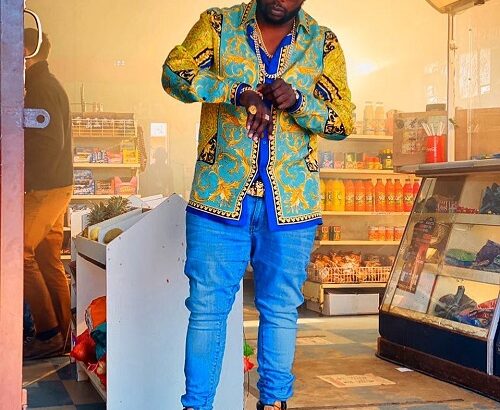 He is a record producer with a blend of Afropop and house music, which has brought him to the limelight.

He has collaborated with popular artists within and outside South Africa, He has worked with Black Coffee, WizKid, and C4 Pedro.

Maphorisa gained international fame after his One Dance production.

He is also ranked among the platinum-selling Deejays. His mother was also in the music ministry which gained his music background, he grew up listening to music.

Deejay Maphorisa told Daily Sun that “music has always been his life”.

His date of birth is on 15 November 1987 and his place of birth is in South Africa. DJ Maphorisa is 33 years old. He celebrates his birthday every year on November 15th.

The deejay has everyone calling him by his stage name ‘DJ Maphorisa‘. His birth name is Themba Sekowe.

The exceptionally talented Disk jockey has adopted several names. Music lovers address him based on what they love about him.

He is signed to BlaqBoy Music, a record label he owns. This followed after he quit Kalawa Jazmee Records.

Maphorisa has grown to be a household name in the South African music scene.

He recorded his first big track during his time as a member of Uhuru.

The song which made wave featured Khona, a Mafikizolo 2013. He was also a co-producer on the hit track.

The group is popular for releasing many other hit songs including Y-Tjukutja and The Sound (collaborating with Davido).

The group had a collaboration with Oskido, Kwesta, Professor, and Deejay Buckz.

In 2016, he went into the spotlight in the international scene for his One Dance feat Wizkid and Kayla.