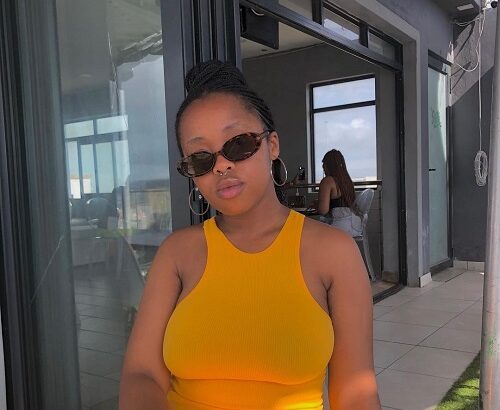 Dee Koala (born Odwa Situma; 11 May 1998 in Khayelitsha, Cape Town) is an award-winning South African female rapper. She has managed to become popular with her single “Koala”. She dropped the single which is part of her 6-track EP 18-18 in 2016.

She describes the animal Koala as “her spirit animal” maybe that’s why she named her single after it. The Koalas species are facing possible extinction, she tries to ensure they are not forgotten.

Spot the similarity, these animals (Koalas) cling onto trees and Dee holds on to her dreams.

Her date of birth is on 11 May 1998 and the place of birth is in Khayelitsha, Cape Town, South Africa. Dee Koala is 22 years old.

Fans and followers even crush address the young and beautiful rapper by her stage name. Her birth name is Odwa Situma which is the name her parents gave her. Though in the music scene her stage name has taken over as people rather address her by the name and also it sounds cool.

On this special day, many people celebrate the day they stepped into the world. Almost everyone in one way or the other keep this day special and celebrates it. Dee’s birthday celebration comes up every year on May 11th.

Dee attended a Muslim school that had colored students as the majority. She took part in arts, poetry most especially. Still that time, she wrote rap verses and present them in classwork, and also assisted friends with theirs.

She grew up alongside her elder brother who had attempted to rap but was not serious about it.

The ninth edition of the SA Hip-Hop Awards aired on SABC 1. Fans and followers stayed connected on the awards show on social media via #SAHHA2020.

Odwa had the conviction of doing poetry alone until she was in Grade 6. In 2016, when she got to Grade 12, she began to record and make music in the studio and loved what she did.

Many of her friends were into rapping at that time and they encouraged her to record her music when they heard of her music samples.

In 2016, “Dee Koala” kicked off her music profession and has worked on a few projects since then. She did a mixtape, Dee Koala 4 the Khaltsha, the name of the tape was from the name Khayelitsha which translates to culture in English.

On her verified Instagram account, she shares with followers pictures of her daily life and career experiences. The never fails to update followers with hot and stunning pictures and fans like it. On 13 February 2020, she shared a picture revealing her curves leaving the caption “So much heat”.