David Adebanjo is an Entrepreneur and writer, who was born in Nigeria on April 25, 1999. Currently, he is the head of Adebanjo Media of which Nerdville is one of the several brands that the business runs.

On April 25, 1999, David Adebanjo was born in the Nigerian city of Ibadan. He was conceived by Nigerian bankers Olusegun and Tejumade Adebanjo. At first, David wanted to be a musician when he was younger, but that didn’t work out. He currently hails from Imodi Imosan, an Ijebu village in Nigeria. 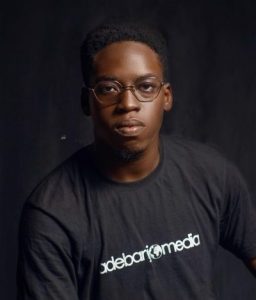 He received his elementary schooling at All Saints Primary School in Onireke, Ibadan, and Franco African International School. He later attended Christ Ambassadors International College (CAIC), but Saint Isabel College in Ibadan is where he received he eventually graduated in 2015.

A year later, he gained admission to study Political Science at Nigeria’s premier university. The writer received his postsecondary education at the University of Ibadan, where he earned his BSc in political science.

He began writing in 2016 just before starting his studies again at the University of Ibadan. His writing career began with Kingston Dome, a popular student blog. The blog once had the opportunity to collaborate with well-known companies like Unity Bank and others.

David Adebanjo was accused by numerous students of one of those influencing the 2017 University of Ibadan student union elections by using his platform to support Ojo Aderemi, who was then running for president and ultimately won. Even though Ojo Aderemi ultimately prevailed in the polls, the student union was later disbanded by the school management.

He founded Mafian Media, a digital media business, in November 2020. He later received advice to withdraw the name “Mafian” because it was divisive, so he renamed it “Adebanjo Media” in 2022. At the moment, David serves as a board member and director for Connect Global, a financial firm with operations in Nigeria owned by his father.

He is currently 23 years old.

David Adebanjo leads a very private life and not so much is known about his personal life.

He is currently worth less than $1 million.