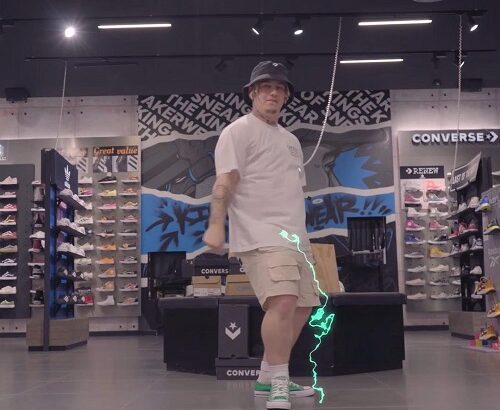 He is popular with many music song lovers for his hit songs including ‘Nkalakatha’ and ‘Activate’.

The dancer turned rapper has managed to create a style for himself. He has continued to grow in the industry as he continues to drop songs consistently.

His songs have received much publicity and in return earned him much recognition.

His year of birth is 1995 and the place of birth is in Nelspruit Mpumalanga, South Africa. Costa Titch is 25 years old.

At an early stage, the rapper developed an interest in entertainment and started his career as a dancer.

In 2014, he relocated to Johannesburg and proceeded with the development of his rap skills overtime.

His music breakthrough followed the release of his hit song Activate.

Though he entered the entertainment scene at a very young age, he began his career as a dancer as he joined the New Age Steez dance crew.

The popular had popular members including Phantom Steeze and Tumi Tladi as members.

He later ventured into the rap scene and has had a collaboration with popular rappers in the country including Cassper Nyovesrt.

Costa is among the pioneer of African trap music and also has influenced other artists in the genre.

He performs the traditional trap with high energy drum samples, which are very high.

Costa also employs the Isizulu lines in his raps and his raps are often light at heart.

His songs most times are channeled for the dance floor. His hit song ‘Nkalakatha’ has made a name for him in the country’s entertainment scene.

His song ‘Phezulu’ feat. Bioty, a South African rapper, also made a wave in the country.