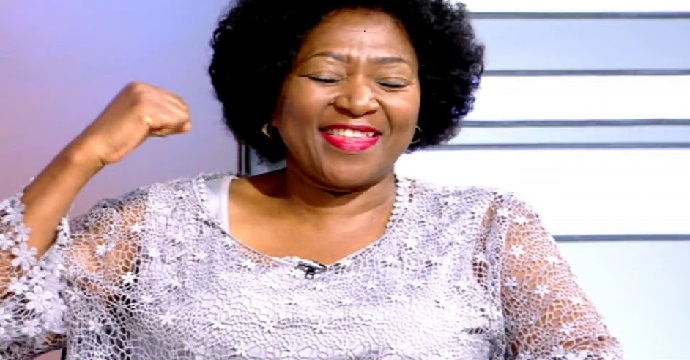 Clementine Mosimane is a popular South African actress. She has gained popularity for playing the starring role of Thandi Mazwai in Soul City, the SABC1 drama series. She starred on the show for nine years starting from 1994 until 2003.

She also landed another starring role as Mama Rose Tladi in The Wild. She portrayed the character who is the pillar of the community and mother to all in the M-Net soapie for two years (2011-2013).

Clementine has also appeared on many television series playing a guest star role. She appeared in The Lab, Yizo Yizo, Intersexions, Clean Break, eKasi: Our Stories, and Ngempela.

In Zabalaza, an Mzansi Magic soap opera, she portrays a recurring role of Aunt Thembi. In 2014, she contested on the e.tv game show “I Love South Africa” Season 1.

For a year, from 2015 until 2016, she portrayed a starring role as Ruth Gumede, the wife first of a miner, in Gold Diggers, an e.tv telenovela.

She also made a celebrity guest as herself in Season one of #Karektas and played Martha in season one of Black Tax.

She appeared on the first season of Bone of My Bones playing the role of Ma Mohlala and played the role of Keketso in Broken Vows Season 1.

She has also appeared in other popular series in the country including How to Ruin Christmas: The Wedding, Intersexions, Isibaya, Isidingo, and Kasi Superhero.

In season one of Legacy, she played the role of Kedibone and played as Likeledi in Lithapo (Season 1). She also appeared in other tv shows including Makoti, Mzansi Love, Ngempela, Onder Draai die Duiwel Rond, Rhythm City, and Sober Companion.

Clementine landed the role of Sophie in Sober Companion and Thandi Mazwai in Soul City appearing in Season 1-6.

In Clive Madiya’s created drama series Stash, Clementine played the role of Gogo. She also appeared in the show Still Breathing, The Lab, The Republic, The Road, The Wild, Tjovitjom Umlilo, Yizo Yizo, and Zabalaza.