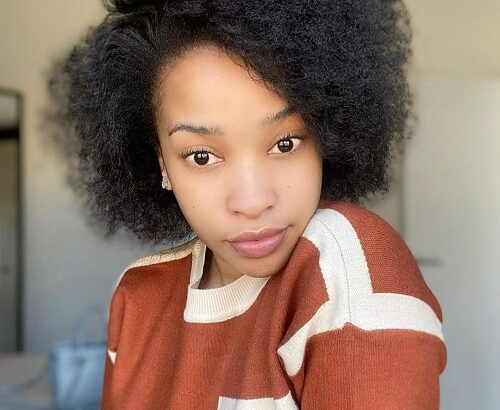 Cindy Mahlangu (born on 21 November 1996 in Mpumalanga) is a South African actress.

She is popular for portraying the role of Siyanda in The Queen, a popular South African series.

She also appeared in other television series including Dumazile in The Herd.

Her date of birth is on 21st November 1996 and the place of birth is in Mpumalanga, South Africa. Cindy Mahlangu is 23 years old. She celebrates her birthday on November 21st.

Rumors have it that Cindy Mahlangu is dating Bongani Zungu, Bafana Bafana, and French side Amiens SC midfielder.

She landed her debut role in acting in The Herd. Cindy also has portrayed the role of Kayise in the show Makoti.

She also landed the role of Siyanda in The Queen, an Mzansi Magic soapie.

In April 2020, reports covered that the Fergusons sent her an email containing the termination of her contract for the role in The Queen.

Though her contract was to expire in May, there was no reason given for not renewing the contract.

Want to Submit Your Biography?