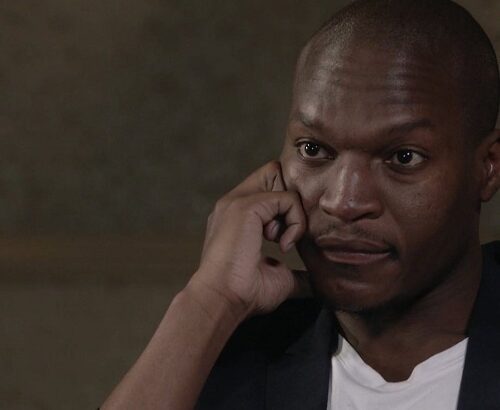 Chris Q Radebe (born 19 December 1983) is a South African writer and actor. He is popular to many South African television viewers for appearing on Isibaya playing the role of Dabula on the Mzansi Magic soap opera.

Acting is not his talent alone, he is a writer known to have written several TV series with writing credits on Mamello, Abomama, and Single Guys.

His date of birth is on 19 December 1983 and the place of birth is in KwaZulu-Natal. South Africa. Chris Q. Radebe is 37 years old. The renowned actor celebrates his birthday on December 19th of every year.

Chris is a writer and actor known to have written and appeared on several Mzansi television series.

He was a story liner on the South African soapie Uzalo and later climbed to head-writer on the show produced by Stained Glass Productions.

In 2013, Chris landed a cameo on Single Guyz, an SABC1 sitcom. He played the role of Romeo on season two (2) of Isithembiso, an Mzansi Magic soapie.

Chris made his first appearance on the show on Episode 16 of Season 2. The show aired on 24 April 2018 on the earlier mentioned channel.

He landed the role of villainous chief Dabula on Isibaya, an Mzansi Magic soapie. Chris made his debut appearance in episode ninety-six of season six airing on July 23, 2018.

In 2019 he played a starring role as the title character in the Mzansi Magic period drama series Ifalakhe. This made it his debut starring role on TV.

His dreams of being a television writer became a reality and managed to make it at the front of the camera, since then he hasn’t failed to climb higher. He plays the “royal bad boy” and has shaken things up in a bad way.

After his matriculation, he requested a scriptwriter test at the SABC. He then wrote for Isidingo and passed after which he was offered a job on the television show.

At that time, he had no laptop nothing much came out but it boosted his determination. Chris was employed as a security guard in Durban and started to save to get a PC.

After achieving the goal, he returned to Johannesburg with his laptop and then started to write his scripts. He was then drafted to write for the popular series Rhythm City, which was new at that time.

Today he boasts of writing several television shows in the country including Uzalo, Zabalaza, Isidingo, Isibaya, The Queen, and The River.

The KwaZulu-Natal actor’s road to success was not easy. He is a brother to three sisters, Ginephi, Zandile, and Zethu.

Together with his siblings, he was raised by their single mother, Tholani.

They did not have a home of their own and had to live with relatives or friends for a few months before relocating again to someone else.

In 1991, Shayizandla, his father took him to Gauteng when he was around seven years old.

Before seeing his father, Chris had thought that his father was dead. He noticed that his old man moved on, had remarried, and works as a miner. In 1995, his mother died at the time he was eleven years old.