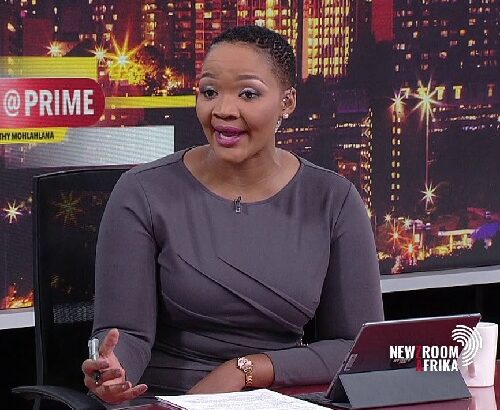 Cathy Mohlahlana is a South African award-winning news reporter and anchor. She is a popular face on eTV news which has gained her popularity as a presenter.

Though she has left eNCA, she is remembered as one of the popular presenters on the channel. She now works at Newzroom Africa.

At a young age, she relocated to Polokwane at the time she was six years old to attend a boarding school.

She studied at Capricon High School while in high school, she took part in public speaking and debating. Perhaps, this is her source of motivation to chase a career in Journalism.

Cathy was a member of the Model United Nations, which played an important role in gaining her exposure to the world of diplomacy and international relations.

She furthered her academic pursuit at the University of Witwatersrand and studied for a Bachelor of Arts degree in International Relations and Political Sciences.

She started her career as a copywriter and radio anchor online and Radio 702 discovered her at the end of her first year in the higher institution.

She then took on roles as a reporter and radio anchor for Radio 702’s Eyewitness News and Kaya FM. She worked for eNews Channel Africa (eNCA) covering issues the were of national importance.

She left eNCA together with Thulasizwe Simelane following reasons best known to them and the News Channel. Their last day on eNCA was on 29 March 2019.

Cathy works for Newzroom Afrika and hosts [email protected] (6:00-9:00 pm every day). She is a host on Editor’s Choice every Sunday morning.

In 2009, she received the National Press Club Radio Journalist of the Year award. In 2012, Cathy participated in the CNN Journalism Fellowship.

It is also worth mentioning that she was selected as a fellow for former United States President Barack Obama’s Young Africa Leaders Initiative (YALI).