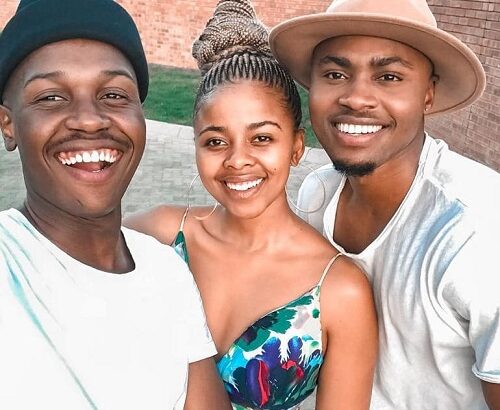 Buntu Petse (born 12 February 1997 in Johannesburg) is a South African actress. She went into the limelight for featuring in Generations: The Legacy, a popular soap opera in the country.

She made her debut appearance on the 2nd of December 2019, the actress, however, has captured the mind of many television viewers.

Buntu also appeared on Teenagers on a Mission (TOMz), a science and technology show by SABC1.

Her parents could also take the credit to bring ‘supportive of her’ and encourage her to pursue her passion.

Her date of birth is on the 12th of February 1997 and the place of birth is in Johannesburg, South Africa. Buntu Petse is 24 years old. Her birthday celebration comes up every year on February 12th.

She studied at the University of the Witwatersrand, Johannesburg. Buntu graduated with an Honours Degree in Dramatic Arts.

The actress landed her ‘big movie gig’ during her final year days in the higher institution.

The actress has not revealed anything about her relationship life, but Buntu looks to become married and be a mother in five (5) years. In an interview with IOL she says;

“Married, with a child, living in a beautiful home that I own. But more importantly, doing what I love the most. Acting.”

Her venturing into the entertainment scene dates back to her days as a TV presenter for Teenagers on a Mission (TOMz), an SABC1 science and technology show.

Later, she joined the cast on Generations: The Legacy, a popular South African television drama series.

She landed the role of Nontle which is loved by many viewers of the show.

The character is sixteen (16) years old and the only child of her mother, Ayanda, but she never had the chance to meet her father.