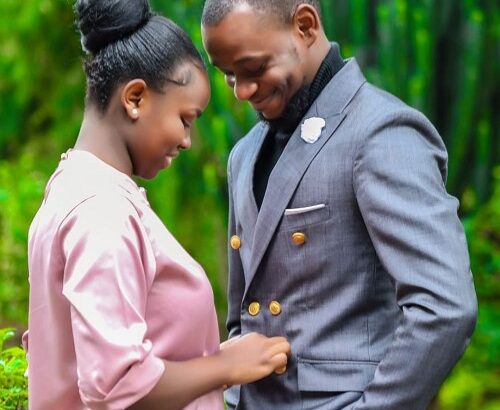 Brian Ogana (born in 1987) is a popular Kenyan actor, news anchor, host, and reporter. He plays the role of Luwi in Maria, a love drama series on Citizen TV.

On the show, he fell in love with one of William Hausa‘s daughters, Maria, portrayed by Yasmin Said. The series airs on weekdays from 19:30hrs to 20:00hrs.

His year of birth is 1987. Brian Ogana is 33 years old. The renowned actor was raised in Nairobi and has grown to be a ‘fashion enthusiast’.

He studied at Mukumu Boys’ school and furthered his academic pursuit in the University. Brian attended the University of Nairobi, he obtained a BASc in Computer Engineering.

In an interview session with Jambo Kenya on Citizen Radio, Brian revealed that he had a passion for acting and journalism.

Though he did not pursue the course in a higher institution, he has enrolled for a Journalism related course.

His love for Linguistics could be credited to his father. He then ran a short course relating to communication, though it still revolves around journalism.

He has been a news anchor, host, and reporter at Good News Broadcasting System (G.B.S) for a decade (since 2010).

Though his acting career has made him grow more popular, he is a part-time actor.

Maria is not his only television acting appearance, Ogana has appeared in several movies and dramas in Kenya.

He took home the title of ‘the most dressed media personality’ in 2016 after he was nominated.

Bian Ogana is married and has three (3) children. He is a Christian and rather keeps his personal life private.

Aside from his acting and presenting career, Brian is a businessman, he is the owner of a ‘sartorial suit shop’ in Nairobi, Kenya.

According to EAfeed, the actor owns a luxurious bungalow in the capital of Kenya, Nairobi. Brian also drives a posh car.