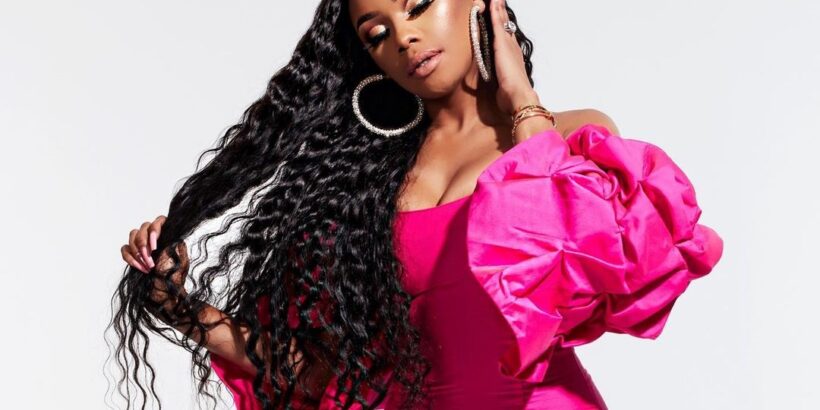 Bonang Matheba (born 25 June 1987 in Mahikeng) is a South African businessperson, producer, philanthropist. She is also a popular presenter on television, radio personality, and model.

She has gained popularity with television viewers for her flamboyant skills in presenting. Her signature voice has also made many viewers on television know her.

As a presenter, she did the presenting on LIVE (now Live Amp), an SABC1 music show. After being the presenter on the show, she walked into the spotlight in the media industry.

In 2013, she became the first international ambassador for Revlon outside the United States. The next year, she became the host of the MTV Europe Music Awards (2014) pre-show. This adds to her firsts, and makes her the first African to receive an E! News Special Africa on E!

In 2016, she made as one of the four women to grace the cover of Forbes Woman Africa for being the Faces of Entrepreneurship. In the next year, she premiered Being Bonang, her reality show, and also wrote a book titled From A to B.

Her date of birth is on 25 June 1987 and the place of birth is in Mahikeng, North West, South Africa. Bonang Matheba is 33 years old. She celebrates in honor of her birthday once every year on June 25th.

•  Interesting Facts About The Have Faith star Kim Kholiwe

She was born into the family of Charlotte Mokoena and Gampi Matheba. Her father Gampi is a senior lecturer at North-West University. Bonang’s mother is the executive Vice-President for Human Resource and Corporate Affairs of Sasol.

She is a younger sister to Reabetswe. Her sister has also made it to the screen. She left Miss International South Africa as one of the top 3 contestants.

Unfortunately, their parents divorced but her mother decided to remarry and gave birth to Thabo. Her family moved to Leondake, Johannesburg, South Africa.

In 2002, she appeared first on television on Manhattan Fantasy Challenge, a kids show on SABC2. In 2007, she went for an audition for the inaugural season of the music show, LIVE. She attended the audition for the SABC1 music show after she left varsity.

She became a host on the show alongside Tbo Touch and she left the show after her last episode in August 2012. Upon leaving the show, other opportunities came knocking like being a host on Clash of the Choirs SA, Afternoon Express, Top Billing, and more.

As a host, she has managed to host several award shows and notable events. In 2008, she appeared first in a drama role on the show Intersexions. On the SABC1 show, she was cast as Nurse Seipati.

In 2019, she played a starring role in Public Figure. Bonang was a co-producer of the documentary film. In 2017, she launched her production house Bonang Matheba Entertainment.

Apart from being a popular television figure, she has also made a presence on the radio. In 2009, she was called by the popular radio station YFM to notify her that she’d be joining their new line-up of presenters.

She then got her show The B*Hive, which is on weekends and targets young listeners. After five years, she left the show on radio in 2014.

In the next year, 2015, She became the new Disk Jockey for Metro Station. Bonang took over from Siphokazi in January. Her slot shows The Front Row was popular with radio listeners.

In 2012, she was in a romantic relationship with Euphonik, a record producer and DJ. Their relationship had a bumpy ride and her then-boyfriend received charges of assault after it appeared he assaulted her physically.

After they reconciled, Bonang chose to drop the charges and people had to accuse her of lying about what happened. In 2015, she started dating the popular rapper Kiernan Jarryd Forbes, known professionally as AKA. They ended their relationship in 2017.

On Instagram, the actress never takes last when fashion is involved. She appears in hot and revealing dresses that have gained her followers.

On 7 December 2020, she appeared in a yellow gown that turned her account noisy. Fans and followers had one compliment or the other for the “African butter’s” stunning look.