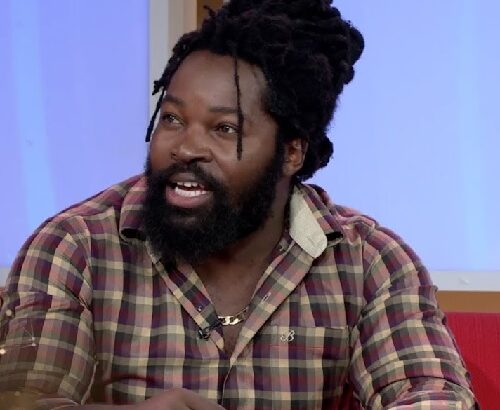 Big Zulu (born Siyabonga Nene; 7 April 1987) is a South African rapper, actor, and songwriter. His ‘rap punchlines’ has brought him to the spotlight.

He earned the title of ‘The King of Rap‘ in a contest by Back to the City in the year 2013.

The rapper has transformed the work ‘inkabi’ which translates to ‘a hired gun’ to a name making waves in the South African entertainment scene.

His date of birth is on the 7 April 1987 and the place of birth is in Bergville in South Africa. Big Zulu is 34 years old. He celebrates his birthday every year on April 7th.

He was born in Bergvile, where he grew up, his love for music dates back to his days as a child.

While growing up, the ‘Maskandi and Scathamiya’ to an extent influenced his passion for music.

He liked artists like Ladysmith Black Mambazo, Phuzekhemisi, and Imithente.

He was a taxi-driver before entering the music scene, he quit his job as a taxi driver and entered music in 2008.

The following year, the rapper has started to write, create, and perform his music in the Inkabi rap genre.

Big Zulu was an independent artist for six (6) years until Universal Records signed him. He was noticed by the likes of Ntokozo Sithole.

He has managed to maintain his stand in the South African music scene. He has collaborated with big names including Zakwe, Maraza, PRO, Cassper Nyovest, Emtee, Sjava, and Kwesta Dakar.

Big Zulu landed the gig as an ambassador for ambassador in 2018, a company that makes iconic pantsula pants.

He dropped his first album under Universal Records in 2018. He has also appeared on several soap operas in South Africa including ‘isibaya’, ‘Uzalo’, and ‘isithembiso’.

He also appeared on the SABC1 hip hop show, One Mic.

Big Zulu is dating Lebogang Makenete, the couple lives together in Newtown. The couple has a daughter. Though their relationship has experienced several dramas.

In 2018, the Gauteng police arrested him for allegedly assaulting his baby mama.

He also has a son, Shaka, Big Zulu had his son in an affair with Bulelwa Nazo while he was separated from Lebogang.