Skip to content
In 1488, Bartolomeu Dias, a Portuguese explorer, launched the first European journey around the Cape of Good Hope.

Who Was Bartolomeu Dias?

Bartolomeu Dias, a Portuguese explorer, was dispatched by Portuguese King John II to explore the African coast and find a path to the Indian Ocean in 1450. Dias set out in August 1487 and arrived in January 1488 after skirting the southernmost tip of Africa. The Cape of Good Hope was named by the Portuguese (perhaps Dias himself). In 1500, Dias was lost at sea while on another journey around the Cape. 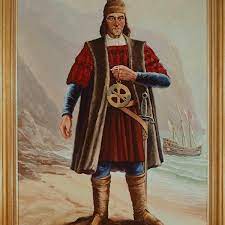 Almost nothing is known about Bartolomeu de Novaes Dias’ life prior to 1487, except that he served as a superintendent of the royal warehouses at the court of Joo II, King of Portugal (1455-1495). He almost certainly had a lot more sailing experience than his brief stint aboard the warship So Cristóvo. When Joo appointed Dias to lead an expedition in quest of a sea route to India in 1486, he was probably in his mid-to-late 30s.

Prester John, a mysterious and most likely legendary 12th-century king of a Christian nation somewhere in Africa, captivated Joo. Afonso de Paiva and Pêro da Covilh were dispatched by Joo to look for the Christian kingdom in Ethiopia overland. Joo also desired to find a passage around Africa’s southernmost point, so he supported Dias in an African trip just a few months after dispatching the overland explorers.

Dias’ three ships set out from the harbour of Lisbon, Portugal, in August 1487. Dias followed in the footsteps of Portuguese explorer Diogo Co, who travelled along the African coast as far as present-day Cape Cross, Namibia, in the 15th century. The traditional “padres,” limestone markers used to stake Portuguese claims on the continent, were among Dias’ cargo. Padres were placed along the coast to serve as guideposts for prior Portuguese excursions.

Six Africans were among Dias’ voyage crew, who had been brought to Portugal by earlier explorers. Dias set the Africans down at several locations along Africa’s coast, bringing supplies of gold and silver as well as words of goodwill from the Portuguese to the indigenous peoples. The expedition’s supply ship was left there under the watch of nine men, and the remaining two Africans were left at a place called Angra do Salto by Portuguese seamen, perhaps in modern-day Angola.

Storms blew Dias’ two ships away from the coast of South Africa in January 1488, as they sailed off the coast. Dias is supposed to have ordered a 28-degree shift to the south, most likely because he knew southeasterly winds would take him around the tip of Africa and avoid his ships from being smashed against the notoriously rocky shoreline. Joo and his forefathers had gathered navigational information, including a map from Venice from 1460 depicting the Indian Ocean on the far side of Africa.

Dias’ decision was bold, but it paid off. On February 3, 1488, the crew observed landfall some 300 miles east of the present-day Cape of Good Hope. They discovered a bay they named So Bras (modern-day Mossel Bay) and the Indian Ocean’s significantly warmer waters. Indigenous Khoikhoi assaulted Dias’ ships with stones from the shore until a tribesman was killed by an arrow thrown by Dias or one of his soldiers. Dias continued along the coast, but his crew was concerned about running out of food and advised him to return. Dias convened a council to decide the question as mutiny approached. The group came to an agreement that he could cruise for another three days and then return. On March 12, 1488, they planted a padro at Kwaaihoek, in the present-day Eastern Cape province, marking the easternmost point of the Portuguese expedition.

Dias saw the southernmost point of Africa on the way back, which became known as Cabo das Agulhas, or Cape of Needles. Dias dubbed the rocky second cape Cabo das Tormentas (Cape of Storms) for the dangerous storms and powerful Atlantic-Antarctic currents that plagued ship passage.

Dias and his crew were shocked to learn that just three of the nine men left guarding the supply ship had survived numerous attacks by locals; a seventh man perished on the way back to Angra do Salto. The returning seafarers were greeted by triumphant crowds in Lisbon after 15 months at sea and a journey of approximately 16,000 miles. Dias was obliged to explain his failure to meet up with Paiva and Covilh in a secret audience with the king. Despite his enormous accomplishments, Dias was never again placed in a position of power. Joo ordered that maps of Cabo das Tormentas be renamed Cabo da Boa Esperança, or Cape of Good Hope, from now on.

Dias spent some time after his journey in Guinea, West Africa, where Portugal had built a gold-trading post. Manuel I, Joo’s successor, appointed Dias as a shipbuilding consultant for Vasco da Gama’s journey.

Dias joined Vasco da Gama’s expedition and sailed to the Cape Verde Islands before returning to Guinea. In May 1498, about a decade after Dias’ famous expedition around the point of Africa, Da Gama’s ships arrived in India.

After that, Manuel and I dispatched a large fleet to India under the command of Pedro lvares Cabral, with Dias commanding four of the ships. In March 1500, they arrived in Brazil, then crossed the Atlantic to South Africa and, farther ahead, the Indian subcontinent. Storms hit the fleet of 13 ships at the feared Cabo das Tormentas. Four of the ships, including Dias’, were wrecked in May 1500, with the entire crew lost at sea.