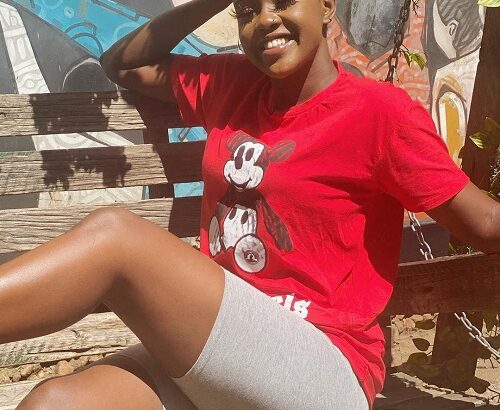 Azziad Nasenya (born 16 June 2000 in Mumias) is a Kenyan content creator, actor, media host, and social media personality. She is popular with Kenyan Tik Tok users and has been making waves since she joined in 2019.

The TikTok Queen is among other popular celebrities who came from a humble beginning and rose to stardom. She met fame after posting her content online.

The social media personality is a fast-rising star in the Kenyan entertainment industry. She has managed to enter the industry and take the country by storm.

Though she is a student, she can balance her academic and career pursuit.

The East Africa TikTok Queen was born on 16 June 2000 and the place of birth is in Mumias, a town in Kakamega County of Kenya. Azziad Nasenya is 20 years old. She belongs to the Luhya tribe.

The content creator was raised in Kakamega and the capital of Kenya, Nairobi. She started to dance and act while in Class 2 and was seven years at that time.

She continued to be active in dancing and acting during her days in high school.

She furthered her academic pursuit at St. Cecilia Misikhu Girls’ High School in Misikhu graduating in 2017.

She has appeared in many performances both on stage, television, and on social media. The actress has managed to enter the entertainment industry and made a name for herself despite the level of competition.

In 2018, as a content creator, she decided to take her career to the next level. She started a YouTube Channel, and as a vlogger started to update viewers with short skits and dance videos. The following year, she created a Tiktok account where she continued to share her content.

During her days in high school, she performed solo verses and represented at the National Level of The Kenya School and Colleges Drama Festival.

After she graduated from secondary school, Azziad joined the “Hearts of Arts Theatre Group, Nairobi, Kenya. In March 2018, she played a supporting role in Repair my Heart (a play).

For a year (2018-2019), she appeared in seven stage plays by Hearts of Art. She connected with Peter Kawa, her manager while she performed in the group. Peter is an actor, filmmaker, director, and producer.

In August 2019, she joined the social media platform TikTok. With the platform, she can showcase her talents as a dancer, actor, and lipsyncing.

She made it to the top of several TikTok challenges with her account. In February 2020, her TikTok account was verified. A video of the “East Africa TikTok Queen” dancing to Utawezana, a song by Femi One and Mejja made waves on social media.

In 2020, she landed a role on television and was to play a lead role in the television series. The show was however postponed following the COVID-19 pandemic.

In June 2020, she made her first appearance in Selina Telenovela on Maisha Magic East by M-Net and MultiChoice.