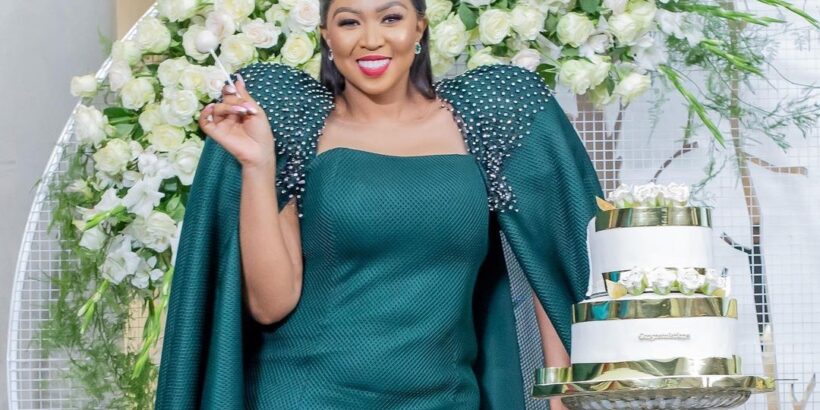 Ayanda Ncwane (born on 12 August at Ndwedwe Mission outside Durban) is a South African businessperson. She has talents in other fields including acting, singing, and modeling.

Her profession has to a large extent brought her to the limelight. She is also known to lovers of entertainment for being the wife and manager of the late gospel singer – S’fiso Ncwane.

Topping to the list of what brought her to the limelight is being the founder of Ayanda Ncwane Women’s Carnival.

Wait a sec! Did you know that she once served as a waitress before becoming the popular face we know? In her quest to succeed, she was a waitress in Johannesburg, South Africa.

She was born on 12 August, that’s what we have gathered so far. However, Ayanda’s age should be around 36 years old considering she met her late husband at the age of eighteen. They were together for a decade and five years.

Her place of birth and where she grew up is in the rural region of Ndwedwe. She was raised under the care of her grandmother because her parents were always not around.

During her days in school, Ayanda did drama and trained to sing opera. She also did farm work and was a girl scout.

After matriculating at Nombika High School, Endwedwe, she then focused on chasing her dreams. She then decided to chase a career in modeling and develop her interest in the field.

Ayanda joined the Miss Teen Durban contest and eventually, she made it to Miss Teen South Africa.

In the year 2000, she had to relocate to Jo’burg to focus on pursuing a career in modeling.

In her words, “it was love at first sight for her when she saw the city. Immediately, Ayanda knew that Johannesburg was her dream.

After two years of experiencing city life, things were not headed in the direction she wanted.

To survive, she landed a part-time job as a waitress while attending auditions on the side.

The patience and hard work she put in paid off and she landed an acting role.

Ayanda was cast on Generation and Isidingo as an extra. More roles in acting followed, she played as Shangane girl in the show Mzansi.

She has managed to establish Ayanda Ncwane Women’s Carnival. It creates opportunities for dialogue among female businesspersons in Durban,

She is also the person behind Annual Gospel All-Stars, a yearly festive.

Ayanda was married and is a mother of two children. Her husband was late S’fiso Ncwane and they exchanged their marital vows in 2002 in a colorful wedding ceremony.

Sadly, she lost her husband in December 2016 to kidney problems. She is a mother of two children – Ngcweti Ncwane and Mawenza Ncwane and had them with her late husband.

The love they share was so strong that it made it difficult for her to move on. To honor the love of her life, she wrote a book titled For The Love Of Sfiso Ncwane.