In the most recent presidential election, the People’s Democratic Party nominated Atiku Abubakar, the Waziri of Adamawa and former vice president of Nigeria (1999–2007). I’ll be revealing Atiku Abubakar’s net worth, businesses, homes, automobiles, biography, and family life in this article. 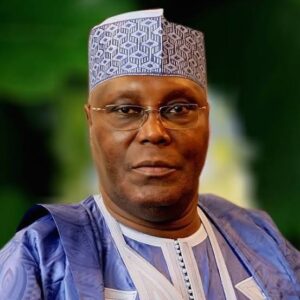 Mr. Atiku Abubakar was born in Jada, Adamawa State, Nigeria, on November 25, 1946. One of the states is situated in the nation’s northern region.

He completed his secondary schooling at Adamawa Provincial Secondary School after completing his basic education.

He continued to the Nigerian Police College before leaving to work as a tax official at the Regional Ministry of Finance.
Later, on scholarship, he returned to the esteemed Ahmadu Bello University to earn a diploma in law. He was hired by the Nigerian Customs Service after graduating.

His Marriage And Family Life

Atiku Abubakar has a sizable home thanks to his four wives and 28 children.
He is one of the few Nigerians who has wed within the nation’s three main ethnic groups (Igbo, Hausa, and Yoruba).
When the first wife, Titilayo Albert, and the husband first met and secretly wed in 1971, she was only 19 years old.
The couple welcomed a daughter they named Fatima a year after being married.
Adamu, Halima, and Aminu are her three children; she is also known as Titi.
Six children were born to Atiku by his second wife, Ladi, whom he wed in 1979: Abba, Atiku, Zainab, Ummi-Hauwa, Maryam, and Rukaiyatu.
He wed Princess Rukaiyatu, the late Lamido of Adamawa’s daughter, four years after he wed Ladi.

Since the 1980s, Atiku Abubakar has been a prominent figure in Nigerian politics. His first political position came in 1989 when Yar’Adua’s political party, the Peoples Front of Nigeria, elected him as National Vice Chairman.

He represented his constituency in the same year after winning the seat in an election.

He was elected governor of Adamawa State in December 1998, but before he could take office, Olusegun Obasanjo, the former head of state, invited him to compete as his running mate in the 1999 presidential election.

He instantly accepted this offer, leaving his desire to become governor behind, and together with Obasanjo won that election.