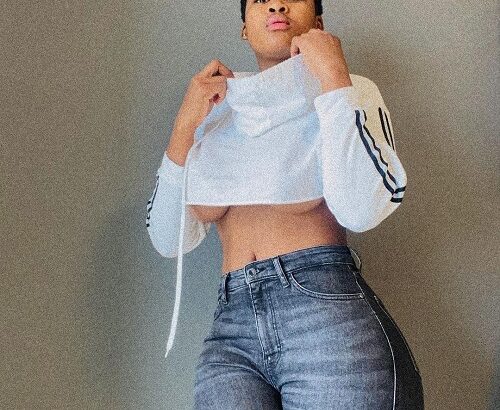 Asavela Mngqithi (born on 4th June 1996 in Durban) is a South African actress and musician. She is known to television viewers as Ntwenhle on Isibaya, an Mzansi Magic soapie.

She developed an interest to be an actress from a young age, coupled with her studies it drove her passion for acting to grow stronger.

Her date of birth is on the 4th of June 1966 and the place of birth is in Durban, a coastal city in KwaZulu-Natal, South Africa.

Asavela Mngqithi is 24 years old. Her birthday celebration comes up every year on June 4th.

She was born in Durban and had to spend most of her life there. Her father is a popular football coach in South Africa, Manqoba Mngqithi.

Asavela had to grow up in Lamontville, she learned to speak the isiZulu language. The isiBaya star also is fluent in speaking isiXhosa.

She studied at AFDA College, Asavela studied ‘Camera and Editing’ at the institution.

Though the actress is good at keeping her ‘private life’ personal, however, she has announced that “she is ready to for marriage and fans should prepare”.

The isiBaya actress debuted her pregnancy on social media, she received positive reactions from followers.

Asavela shocked many more viewers after she posted a recent video contained her dancing to Babes Wodumo’s Idandokazi with a flat tummy.

Many then wondered if she has given birth in reality. Good news! She has confirmed that she recently became a mother after welcoming her daughter.

Asavela plays the role of Ntwenhle on the Mzasnsi Magic soapie, isiBaya. She has managed to gain popularity and also found a way of gaining love from the viewers.

The character she portrays is a young rebel lady and the daughter of Mandla Ndlovu (Bongani Gumede).

Acting is not only where her career ends rather the beginning, Asavela dropped a song with Melusi Mbhele in 2018 titled ‘Isgubhusama Zulu’. Many music listeners also fell in love with the ‘Gqom genre’ song.