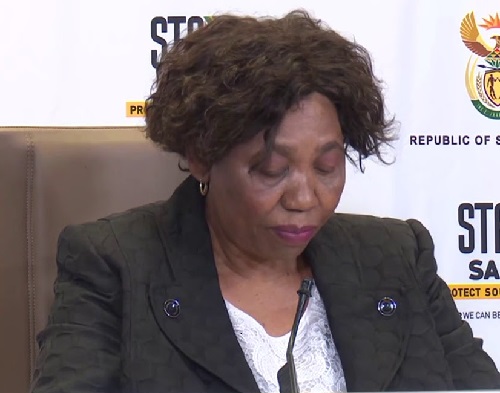 Angie Motshekga (born 19th July 1955 in Soweto) is a South African politician and educator. She is the Minister of Basic Education, a position she held since May 2009.

She was a member of the Executive Council in the Gauteng provincial government.

She also belongs to the party African National Congress (ANC) and served as the former president of the ANC women’s league.

Her date of birth is on the 19th of June 1955 and the place of birth is in Soweto, a township of the City of Johannesburg.

Angie Motshekga is 65 years old. Her birthday celebration comes up every year on July 19th.

She had her matriculation at a boarding school in Matatiele, a town located in the northern part of the Eastern Cape.

She then furthered her academic career at the University of the North obtaining a Bachelor of Arts degree in Education.

Ms. Motshekga holds a Bachelor of Education Science degree and a Masters degree from the University of Witwatersrand (Wits University).

Angie Motshekga is married to Mathole Motshekga, a former Gauteng premier and former ANC chief whip. The couple’s union is blessed with ‘children and grandchildren’.

She taught at the Orlando High School for two years, 1981-1983. Angie had to resign after she was appointed to lecture at the Soweto College of Education.

In 1985, she became a lecturer at the University of Witwatersrand, Wits University.

She worked as a lecturer at the institution for nine (9) years, until 1994.

In the 1980s, she was a member of the Soweto Education Crisis Committee. The committee later formed part of the National Coordinating Committee.

Ms. Angie was active in the Pimville Civic Association and the National Convenor of Teacher Unity.

She also served as the regional chair of the ANC Women’s League in the party’s former Kyalami region.

The same year, in 1997, she was elected into the position of ‘Deputy Provincial Secretary of the ANCWL’.

She was sworn in as a member of the Gauteng Provincial Legislature after the general election in 1999.

The next year, in 2000, Ms. Angie was appointed to the Social Development portfolio of the Executive Council by the Mbhazima Shilowa.

She went back to the legislature to run for a second term after the 2004 general election.

After four (4) years, in 2008, she became the national president of the ANC women’s league after she was elected into the position.