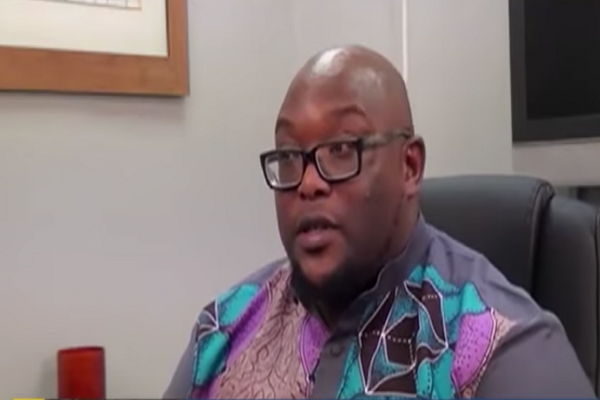 When the name people come across the name “Ramaphosa” on the internet, the person that comes to mind is the incumbent president Cyril Ramaphosa. We are not focusing on him on today but Andile Ramaphosa.

Andile is the first son of president Cyril Ramaphosa, though he is a bit cagey about his life, The Nation has managed to gather information about him.

He is a smart, independent, humble, and hardworking personality that many wish they had. The president son’s wedding ceremony got everyone both in South Africa and neighboring countries talking.

Andile’s educational background is proof that he is a lover of education. He ran a four years program (2001-2005) in Accounting and Statistics at the University of Cape Town (UCT).

He furthered his academic pursuit in 2007 at Fudan University. Andile completed his Master’s program in Economics in 2009.

The following year, he did a Masters in Science Global Finance from two higher institutions; the Hong Kong University of Science and Technology and the NYU Stern School of Business.

He was born into the family of Cyril Ramaphosa, who is a renowned politician in the country, and Dr. Tshepo Motsepe. His father has been a popular politician even before welcoming his son Andile into the family.

Cyril was married to a businessperson Nomaziza Mtshotshisa. She was the first woman in Africa to serve as chairperson of the New York Stock Exchange. The couple however called their relationship a quit in 2008, the same year she died of illness.

Cyril them had to marry the second time to Dr. Tshepo Motsepe, and together the couple had a son and called him “Andile”. Dr. Tshepo hails from a respected family in the country and it is worth mentioning that she is related to Patrice Motsepe.

The first lady holds a Bachelor of Science degree in Medicine and Surgery, University of Kwa-Zulu Natal (UKZN). She had her Master’s program at the Harvard School of Public Health.

Andile has two (2) sisters, Mashudu and Keneilewe, and a half-sister, Tulisa. Though like their brother they rather maintain a cagey profile. He is also a brother Tumelo Ramaphosa who lives in San Francisco in California.

He is the Chief Executive officer of StudEX Wildlife and holds a Master’s degree from Hult International Business College. Andile with his siblings were raised by their parents.

Andile Ramaphosa is married to Bridget Birungi, daughter of Amama Mbabazi. The daughter of the former Ugandan Prime Minister holds a Master’s degree in engineering. Andile fell in love after meeting the beautiful Ugandan lady.

The couple met about a decade before finally getting married on August 4, 2018. The husband and wife also had a traditional wedding. White may have been the color of the day as the bright color seem to dominate.

The wedding made waves in both countries; South Africa and Uganda and made headlines. Many heavyweights from both countries were present to witness the wedding, including the president of Uganda, Yoweri Museveni.